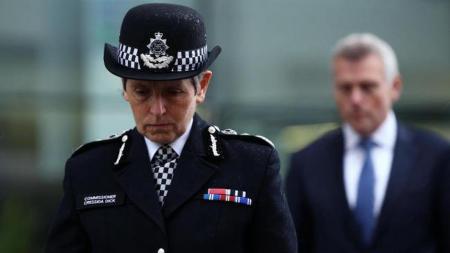 This past Saturday was the 20th anniversary of the 9/11 attacks. Despite all the time that has passed it seems these terrorist attacks on America are still a watershed moment and a rallying card that Western governments use whenever they want to frighten their citizens into giving them more powers in the name of security to stop terrorism.

This is despite the fact that dramatic and scary as it looks and sounds in films, terrorism has hardly been a leading top killer. Far more people are dying as a result of climate change, flu and mass shootings each year than the combined number of people who have died in terrorist attacks since 9/11. Yet in a case of misplaced priorities and in a cynical bid to get more power, politicians and law authorities used the even to attack end to end encryption.

The most vicious attacks on end-to-end encryption came from UK officials who keep demanding the impossible. The head of the UK police force Dame Cressida, and her politician handler, British Secretary of Home Affairs, Priti Patel both launched a synchronised attack against companies like WhatsApp for using end-to-end encryption and claiming this technology was making it impossible for them to fight terrorism and child abuse.

It seems the UK government is fighting for what has already been called impossible where end-to-end encryption is concerned. They want an encryption mechanism that gives them a backdoor into people’s communications whenever they feel like it. The U.S government used to be the leader of this “give us a backdoor” movement but nowadays with the conservative Republicans out of power for the time being it seems their conservative friends from across the pond have taken up the cause.

To justify this call they are using examples of terrorism and online child abusers in a bid to frighten people into coming to their sides. The fact of the matter is there are other ways to investigate and thwart these threats that do not involve the use of backdoors. We cannot read minds like we do hard drives for example but that hasn’t stopped us from trying to anticipate and prevent crimes from happening.

Billions of people rely on end-to-end encryption to keep their communications safe from prying eyes, hackers, repressive governments and fraudsters. Banks and other financial institutions around the world also rely on WhatsApp and end-to-end encryption. To put these technologies at risk so we can catch a few terrorists or child molesters is ridiculous, to say the least.

I would take the UK government and any government seriously about these concerns were it not for the fact that they willfully turn a blind eye to bigger threats that are far more deadly and can be solved by technology in a way that doesn’t threaten the needs of the majority. Consider these two examples:

Governments need to stop pining for backdoors. They need to get off their chairs and investigate crimes using other means instead of asking for the impossible. Encryption is here to stay. They need to stop whining and deal with it. They should be championing encryption instead of trying to undermine it. Breaking encryption using backdoors will lead to more criminal activity not less. It will just be different crimes.