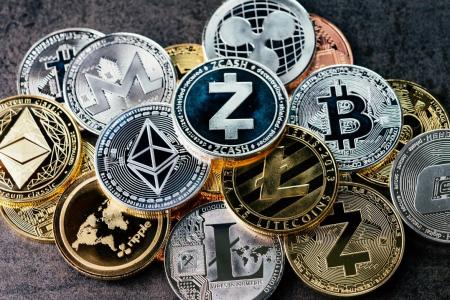 For a brief period of time, it appeared the Zimbabwean govt was going to adopt cryptocurrencies into the economy and that had us salivating a little. They then yanked that rug from beneath our feet. Turns out they are looking at Central Bank Digital Currencies (CBDCs) and those are infinitely less exciting for us.

We are going to be looking at what CBDCs are. However, it is imperative that we tone down our excitement because CBDCs won’t fix the currency issues we have in this country as we shall see. There are benefits however and we shall look at those too.

What are Central Bank Digital Currencies?

CBDCs are the digital form of a nation’s currency. Or, in other words, the desperate attempt by central banks to fend off cryptocurrencies like bitcoin.

So, it is the Reserve Bank of Zimbabwe (RBZ) which would issue, regulate and control the CBDC.

Like all other national currencies, we would still be talking about a fiat currency, meaning its value and stability would still be dependent on the monetary policies of the RBZ. That is because the CBDC in effect would just be the RTGS$, in a new digital form.

But isn’t the RTGS$ already a virtual currency? What’s going on here?

The way our banking system works today is that physical cash is the real currency in the economy.

However, the value of those bank balances we have derives from being convertible into cash. It is the RBZ which bears the liability for the physical cash. Therefore, since the central bank is a govt backed entity which can print as much as it wants, it can never go broke.

Meaning we can trust that the physical cash is and will remain legal tender and that they will honour the physical notes we have. Although inflation may diminish the value of that cash, it remains usable and will be accepted everywhere.

Contrast that with the other balances in our accounts and wallets. Those digital entries on a computer represent a claim to physical cash. We expect to be able to visit a bank branch and withdraw those funds. But of course we can’t all do that, there isn’t enough cash to go around.

Hence why bank runs can be a thing, where all depositors of a bank demand their cash which the bank does not have. There are measures to protect banks from this but it is a real thing.

Our trust in banks only extends as far as the reserves they are required to keep with the RBZ and their equity capital. Unlike the RBZ which can print more money and is backed by the tax collecting govt.

To note is that when you have a positive balance with a bank, it is that bank which you have a claim on. Not the central bank. That is why when banks folded during the hyperinflation era, people lost their savings. The central bank is not liable for the deposits you place with a bank. A deposit protection scheme was devised for that purpose and it has its own costs and problems.

The central bank digital currency would be just like cash in that each unit would have a unique identifier. Just like cash which has a unique serial number.

Again, contrast this with electronic RTGS$ which banks are liable for. They appear as liabilities on banks’ accounts because it is the banks, not the RBZ, that owe that money to depositors. So, although the trust is that the bank balance can be converted into cash which would be the RBZ’s liability, the reality is that that cash just isn’t there.

Rather, in the case of bitcoin, we already know the maximum number of bitcoin that will ever be created. And those will be created by users who mine for the cryptocurrency.

The other difference is that cryptocurrencies utilise blockchain technology which central bank digital currencies could use but are free not to. One of the leaders in CBDCs is China which has a digital yuan in testing and it does not utilise blockchain technology at this moment. They are considering the distributed ledger but cite its scalability and performance limitations today.

How would a digital currency be released?

First we need to know how it would all actually work. There are a few considerations to be made; token-based or account based technology.

Token-based digital currencies allow people to verify the authenticity of the currency just like we would for cash. The kind I alluded to earlier where we can check the unique identifiers and accept if we are satisfied it is the real deal.

This of course mimics cash so well and can allow for offline transactions and anonymity. There is no record of the cash transactions we have and neither would there be for the exchange of the token-based digital currency if we so chose.

An account based system would be similar to the credit card system and to an extent the bank transfer system we have today. When a Zimbo seeks to pay or transfer funds, the system checks whether he has an account and sufficient funds and the transaction is effected.

The other matter to be decided is whether the distribution model would be one-tier or two-tier.

A one-tier system would give the RBZ more power and control at the expense of banks. The RBZ would distribute the digital currency itself and we could hold accounts with the central bank directly and could completely forgo commercial banks. The RBZ would see payment data in full (as opposed to cash/token-based CBDC) and would be able to more accurately tweak its monetary policies.

Banks as we know them would be upended. All deposits would be with the central bank and so with zero deposits, changes to their business model would have to be made. No more relying on bank charges to survive. They would have to borrow from the RBZ and utilise those funds to resume lending activities. Yes, the lending they are not too keen on will become the main source of income.

The one-tier system has a low chance of being adopted. The RBZ would have to scale up massively and improve its systems to be customer facing. Therefore the two-tier system is most likely what the RBZ would use, with banks as intermediaries. Banks would distribute the CBDC and hold depositors’ CBDC wallets.

A token-based CBDC distributed through the two-tier system would be almost indistinguishable to what we have today. Banks would be intermediaries for the cash-like CBDC in much the same way as they are for RTGS$ cash. Whilst a one-tier account-based system would be the most disruptive for banks.

There are benefits to CBDCs that can’t be denied:

There are drawbacks though:

There is more to all this obviously but we gotta end somewhere. To note however is that it’s all well and good but the fact remains, any digital currency in Zimbabwe will be the RBZ’s digital currency. Meaning the technology might be interesting but in the end the success of the digital currency will be dependent on the monetary policies of our beloved RBZ.

Would people suddenly trust the RTGS$ simply because it was in digital form? Not likely, since they don’t even trust it in physical cash form.

13 thoughts on “Zim govt looking at central bank digital currency, what is that and why won’t it fix our problems”