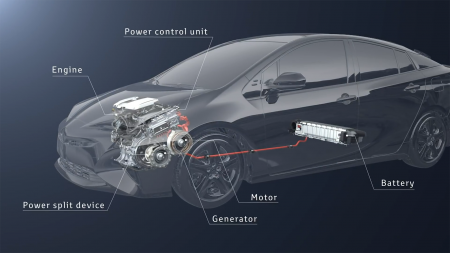 The car industry is a very very interesting place. I don’t think many industries get as much regulation as this and sometimes this regulation brings some really cool innovations to the mix. Sometimes it brings absolute gimmicks that do nothing for the consumer’s driving experience. Sometimes they make the experience even worse. Like soft limiters.

But that is a story for another day. Today I want to rant about Hybrids. Yes that includes all those Honda Fit hybrids in Zim streets.

How it all started

Let’s look at where it all began in 1885 when Carl Benz decided to make the 1st ever automobile. It was a 3 wheeler powered by a petrol engine and as you might expect, it didn’t go that fast. This format of the engine over the centuries kept getting improved and modified to smooth and powerful perfection and just when things were getting pretty wild in the car industry, there was the oil crisis on 1973 that sort of tamed the engine size side of innovation and also gave us some fun and powerful engines in the small cars some of which influenced the likes of the Golf GTI. You know. Fun cars.

It was not until Global warming was considered to be a thing that the gimmicks then started. Cars were now by law asked to be fitted with devices to reduce the pollutants that came out of the exhaust by including catalytic converters to deal with nitrogen oxides and particulate filters to deal with stuff like smoke produced by these engines. This in turn made cars not sound as great as before and some manufacturers even went as far as throwing soft limiters on their cars so that you could not rev a car to the redline if it was not moving. What if I want to show off my big fat V8?

These mods did not move the needle and so manufacturers then started adding electrical systems to the conventional ICE. So at low speeds the electric part of the engine drove the car and at higher speeds the ICE took over. This did reduce emissions but some then marketed it as a feature for saving fuel.

Nope. These sorts of hybrids did no such thing. All they did was make a hybrid car slower than the non hybrid version and also whatever fuel savings you got from running the car in electric only mode would be demolished by the added weight of the electrical system plus the fact that the batteries are going to be charged by the same engine meaning as they are charging the load on the engine is greater than on the same car without the hybrid pack.

And it doesn’t end there. Precious cabin and luggage space is taken up by these batteries meaning such cars end up using some utility that you probably are looking for in the 1st place. Oh and don’t even get me started on servicing and maintenance.

A hybrid car has more bits on it than a non-hybrid car. This means it’s more complex because it’s essentially 2 different types of power units on one car. It is more expensive to service a Hybrid than it is to service a pure electric car or a pure ICE car.

And if the battery dies, which it will after 6 to 10 years or 160 000KM, it’s basically an extra bag of cement that you will be lugging around because it weighs 42.5kg. So basically all the gains that this type of a hybrid offer in terms of more torque, slightly better fuel consumption and range are immediately nullified by the increase in running costs and also 60l less boot space to work with.

One big reason. Carbon Tax. Taxes are really a pain for everyone except the tax man but this tax exists primarily because of the worry about emissions that we talked about earlier. This carbon tax is factored into every car when it’s bought but also there is a fleet carbon emissions quota that car manufacturers have to abide by on all new cars they make.

Some hefty fines are ready to slap any vehicle manufacturer who goes above this limit and so to manage that, manufacturers have resorted to making smaller engines with electrical assistance mainly to manage these fleet emission levels.

So whilst we adapt to the future of cars running on batteries, looks like we are going to keep getting more and more hybrids. But not all hybrids are actually bad.

2016 saw a trio of cars that made some of the biggest headlines in the car world ever! It was a Porsche 918 spyder, A Ferrari LaFerrari and my personal favorite, the McLaren P1. These were some of the most hardcore and most technonogically advanced supercars from their respective manufactures. Check this out.

The Porsche 918 Spyder had roof mounted exhausts and the fastest 0-100kph time of any production car EVER. 2.2 seconds according to a test done by Car and Driver. Even the fastest Bugatti can’t do that. And the McLaren P1’s brakes are coated with a material called Silicon Carbide which at the time was only ever used on space ships. Actual space ships. Guys!

But the highlight of this trio of bedroom poster worthy whips was that they all have hybrid engines. One perk of these hybrid systems was that it filled in for the normal petrol engine whenever it was not performing at its best. So when the turbos are still spooling up to create boost or when the car is changing gears, the electric part would jump in and fill in the gaps so you were always slammed into your seat as long as your right foot was pressing on the right pedal.

And when you really did want all the power, you could put these cars in their hardcore track modes and this would allow you to push a button to get the electric motor to run whilst the engine is running for more speed for a short period of time. Like NOS for those of you that have played with too much need for speed. It’s wild!

And that’s pretty much, for me, the best part about hybrids. Helping out the engine when it’s not at it’s best to always give you the best possible performance. Or to give you enough electric power to nurse the car to the nearest petrol station for those that allow you to do that.

Scam is not always the same as bad

Let me explain. I approach the scam part of Hybrids from a consumer’s point of view. As a consumer, hybrids are bringing the most complex form of a power plant in the car industry. More points of failure. More parts to service and fix and consequently greater running and servicing costs. Not forgetting that golden boot space lost to the battery pack. As a consumer the performance and fuel consumption savings look like they will be eroded by the inherent added costs of hybrid systems giving me zero net gains for choosing hybrid over non-hybrid.

But collectively there are some wins for the industry and the environment. The industry gets to improve battery tech and electric systems for the inevitable electric future of mobility and in the process saves these vehicle manufacturers from very costly fleet emission fines. And the reduction in emissions means slightly better air quality for all and happier polar bears.

If you own a hybrid I want to know your experience in the comments. If you feel the need to make your comment a thesis be my guest. I’ll read the whole thing.

65 thoughts on “Hybrid cars are a scam”