It’s back to Internet basics on Google’s recently launched What Browser site where a strictly-no-geek-terms simple to follow video explains what a browser is and the difference from a search engine and an operating system (forget that Google themselves are blurring this line more and more with Chrome OS). The folks at Google do little […]

Newsnet Knows Its Site Rocks And They Won’t Hear Otherwise

Browsing some local news I was met with a “How do you rate our site?” poll question on the state owned Newsnet homepage. The answers to choose from: ‘Excellent’, ‘Good’ and ‘Not bad’. Talk about taking a positive attitude to far; we know we rock and we won’t let you say we don’t! No prizes […]

Two weeks ago we posted that Ecoweb was going to start offering VSAT services. Ecoweb has since made it public that they will be launching their VSAT operations soon. This is welcome news to many organizations such as mining companies, non-governmental organizations (NGOs) and tourism companies with operations in Zimbabwe’s most remote areas where fixed […]

The East African Marine System (TEAMS) cable will be launched this week. TEAMS is a submarine fibre-optic cable systems linking Kenya to the world through the United Arab Emirates. The project was initiated by the the Kenya government in 2007 to augment the SEACOM cable which runs along the shores of east and southern Africa […] 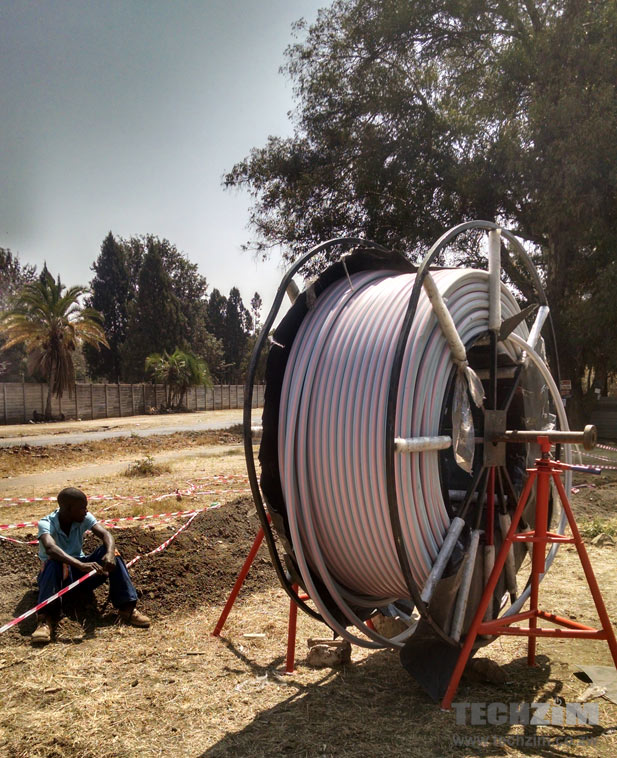 SEACOM Competition: What Could Africa Do With More Bandwidth

In a bid to get creative broadband use ideas from none other than the users themselves SEACOM has launched a competition dubbed “What could Africa do with more bandwidth?”. For a chance to win a Flip UltraHD camcorder valued at around $200 and an unspecified “insane Seacom hamper“, East and Southern Africans (I wonder where […]

And no, I’m not making fun of my beloved country, the word “Narrowband” does exist and Zim is very close to the top. If you’re in Zimbabwe and you’re viewing this blog on a +256 Kbps connection, you’re amoung a priviledged 4% of Zim internet users! In a “State of the Internet” report released by […]

Google Opening Up Wave To More Than 100,000 Testers Tomorrow

I should admit, I never really watched the full Google Wave Developer Preview at Google I/O 2009 video back then in June when TechCrunch’s MG Siegler posted an article about it. Heck, all the developer-this-developer-that talk got me thinking this product didn’t have a decent user-ready face to look at yet. The idea was the […]

We can’t upload a 10 minute long video speech here due to bandwidth limitations so we posted the MP3 version of Morgan Tsvangirai’s address at the opening of the 2009 ICT Africa Exhibition at the Harare International Conference Center. Tsvangirai Opening 2009 Ict A by Morgan Download now or listen on posterous Morgan_Tsvangirai_Opening_2009_ICT_Africa_Zim.mp3 (10493 KB) […]

Econet is set to increase its subscriber base from the current 3 million to about 5 million following agreements worth over $170 million with the Swedish Ericsson and ZTE of China The only operator in Zimbabwe with GPRS and EDGE enabled on its base stations, the expansion will propel Econet even further ahead of its […]

Zimbabwe Online (ZOL) scooped this year’s ICT Africa best stand prize beating close contenders Yo! Africa, Toshiba, The Ubuntu Team and WebDev! Before the announcement, almost everyone I spoke to agreed ZOL had beat the other exhibitors hands down. Everyone except ZOL themselves; “Zvine politics izvi Makani, hatimbohwini hazviiti” (This’ a political game Makani, we […]