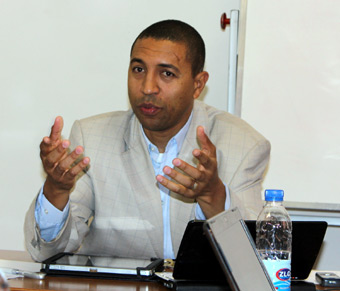 As you may know, The ICT Africa 2012 exhibition will be held in Harare about a week from now. We just received a press release with an update of mostly the content of this year’s exhibition. The update says as this year’s event marks the 25th year since the first ICT Africa exhibition was held and to celebrate this achievement the organisers want it to be the most “exciting” one yet.

In a manner different from previous exhibitions, this year a “debate” will be hosted at the exhibition. We found the subject of the debate quite interesting. It says in part “the merits of Microsoft, Apple and Samsung [products]”. Not sure why they picked this particular one but we’re guessing fanboyism and the resultant emotional discussion likely to rise out of it played a part. We also have no idea how exactly the “debate” will be conducted or what the envisaged outcome is, so we’ll have to wait and see.

The organisers of the 2 day exhibition and conference, the Computer Suppliers Association of Zimbabwe (COMSA), says they also plan to use the opportunity of year’s exhibition to launch a new name for their organisation, which will now be called “ICT Suppliers Association”. The new name, according to the release, reflects “the convergence of technologies that has taken place and broadening its membership criteria to embrace all those supplying ICT products and services, rather than just suppliers of computer hardware and software.”

Stressing that nobody should miss the exhibition, COMSA chairman, Harold Muvuti, is quoted in the release explaining that ICT has become essential for virtually every business of whatever size and millions of individuals who now access the internet from PCs and other devices such as mobile phones. “A huge number of people of all ages interact on social networks such as Facebook and Twitter. What used to be the preserve of a few has now become commonplace for many ordinary people.” said Muvuti.