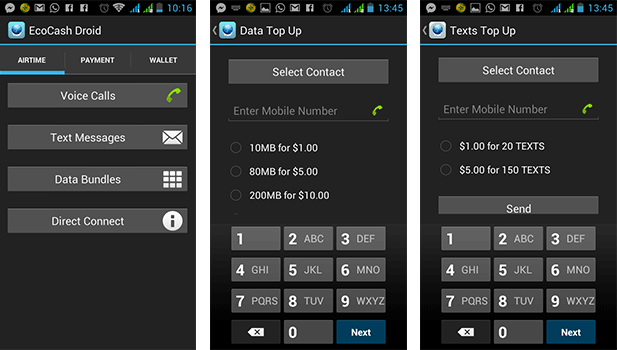 A local developer, Gedion Moyo, has developed an android application that will enable users to transact through EcoCash without going through the regular tedious USSD menus. The EcoCash Droid app does all EcoCash transactions (cash-outs, cash transfers, balance inquiry, pay merchants, pay billers airtime purchase and airtime transfer) by running the USSD menus in the background for you.

You basically launch the app and go straight to the task you want to complete by tapping on the option, which saves lots of time. The only USSD you have to do is confirming that the number or merchant you are paying is the right one. You can download the app here.

It’s a big deal because developers locally have maintained so far that even though an EcoCash Android app is a much needed and obvious solution (for those with smartphones at least), it’s difficult to implement technically because of limitations with the Android operating system.

The EcoCash Droid is an independent initiative from Gedion Moyo and it has no official ties with EcoCash. Econet haven’t released such an app which makes this, to the best of our knowledge, the first EcoCash Android app. We are assuming developing an EcoCash app has either been too difficult even for Econet, or that it’s just not a priority given the smartphone penetration locally. Or a combination of the two. 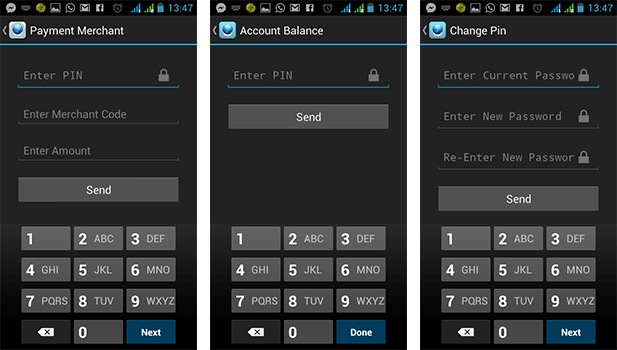 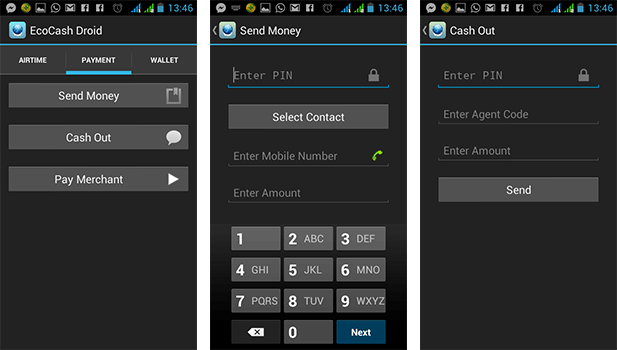 We ran the EcoCash Droid app and the pains it takes away were immediately apparent. We compared the speed in transacting and the EcoCash Droid can save users more than half a minute. More ofcourse if the network is poor. Here’s an idea:

The EcoCash Droid is not an official app from EcoCash and people will naturally be skeptical about using it given the nature of the transactions. Apart from saying that the EcoCash Droid does not store a user’s PIN, there is nothing more in terms security you can expect from the EcoCash Droid. Some comfort is that your EcoCash pin is tied to your sim card so someone would need to have your sim card for a stolen pin to be useful. But then again, who knows what hackers can and can’t do?

We suspect EcoCash may even come out and issue a public warning discouraging it’s use (for public safety reasons of course).

Gedion Moyo says he developed this app during his “spare time as a hobby”. In just one day, he says. The is no financial motivation as he puts it and just developed it to ease his and other people’s frustrations with USSD. The question now is, if Gedion can develop a useful app as part of his hobby and in one day, what’s stopping EcoCash from developing an official app?

Update: The app’s main method of functionality has been blocked. Essentially that means right now its not working anymore.