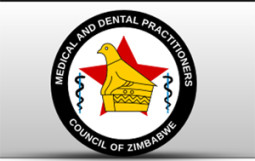 It’s been less than a month since the official launch of Dial a Doc, the medical value-added service from mobile operator Econet which offers consultations over the phone.

The service, which was introduced as a partnership between Econet Health Advisory Services and Ponai Medical Centre, and received mixed reviews (see the comments here), has now come under regulatory scrutiny after a report from the Sunday Mail has stated that it is operating illegally.

Apparently, the Medical and Dental Practitioner’s Council of Zimbabwe (MDPCZ) and Health Professions Authority of Zimbabwe  feel that the Econet Health Advisory service is not supported by law.

The MDPCZ is quoted as having said that every form of medical practice has to be approved by the council (something that Econet reportedly didn’t do) and any unlicensed service that requires medical expertise is illegal.

A statement from the Health Professions Association of Zimbabwe (HPAZ) is also quoted in the Sunday Mail report. HPAZ apparently regards telephone health services as illegal and unethical with questions on the level of standards being extended to patients.

While all of these issues seem like genuine grounds for raising concerns about the Dial a Doc service, what is odd is how both the MDPCZ and HPAZ were quiet about this prior to the launch of the service and for almost a month after it had been formally introduced to the public. Isn’t the council supposed to issue some public warning if the service is such a threat to consumer’s rights?

It’s also worth noting that the Dial a Doc service was commissioned at its official launch by representatives from the Ministry of Health. It’s hard to believe that the Ministry would have thrown its support behind the service if it wasn’t legitimate.

We haven’t been able to get an official comment from the MDPCZ or HPAZ regarding any of their concerns or the action they would take. Econet, however, has defended its service (naturally) pointing out that the MNO followed all consultations with relevant authorities prior to its launch. The service won’t be terminated because no official call to do that has been sent to Econet.

Is this an issue of Econet violating some health care regulations or is this just another example of the mercurial relationship that exists between Econet and the Government?

10 thoughts on “Econet Dial a Doc under scrutiny. How genuine are the regulator’s “concerns”?”