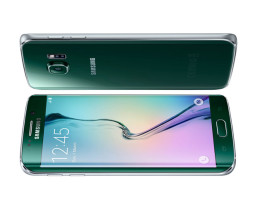 The best and loudest in mobile tech wrapped things up last night at the Mobile World Congress 2015 as the mega expo came to an end. The latest in tech was unveiled, hinted at, flashed and discussed in this past week and we got a feel of what the world of mobile will be buzzing about this year.

So what stood at Mobile World Congress 2015? Virtual reality, mobile health, wearables and portable projectors, you name it. There’s too much to mention in one breath actually. There were over 93,000 attendees at this year’s MWC and millions of us followed in different media, so everyone had their own opinion of what rocked or made an impression in mobile tech for 2015. From all the noise here are 4 things that stood out from the 4-day conference.

Samsung probably had the greatest engagement for Mobile World Congress 2015 even before its press conference and event on the eve of MWC. This was, of course because of their new devices (and their unrelenting marketing campaign aimed at mobile tech domination).

Samsung has made MWC its launch pad, something that draws the attention of Android and iOS observers since the competition for the top spot is always Apple and Samsung affair.

For all the noise that was made before and after its unveiling, the Galaxy S6 and the Galaxy S6 Edge seem to be the catch-up devices from Samsung.

With specs that are meant to eclipse everything in the high-end smartphone pool, a new form and exterior and an all curves but bending-is-not-us demeanor this is meant to take on arch-rival Apple that made charge into the big phones arena last year. Samsung was out to show that it still gets phones, and the impressions made with this device seem to suggest that.

Africa (and Zimbabwe as well) is now Samsung territory, so this will be the signature device for high-end Android tech. Well, that will be until the replacement for the Note 4 is rolled out later this year.

Microsoft Mobile (the “new Nokia”) unveiled the Lumia 640 and the Lumia 640 XL. These are 5 and 5.7 inch screen devices that will come with Dual SIM and LTE enabled editions for both versions. Both devices also come with decent cameras and quad-core processor.

The big (no pun intended) attention grabber here  was the 640XL with its better camera (13MP rear and 5MP front), 3,000mAh battery and the very generous 5.7 inch screen. Like the Lumia 640 it is meant to dominate in the affordable smartphone (more like phablet for the XL) range. Expected prices for the 640 XL range from 209 to $242 but you might want to consider import costs for local market which would probably set it at $400

Not bad for Windows 8.1 devices that will be upgraded to Windows 10 and also comes with 1 year’s subscription to Office 365, 1 TB One Drive Storage and 60 Skype Minutes a month. The 640 XL is set for release this month and the Lumia 640 will be available next month.

On day 2 of MWC 2015, we saw how a partnership between African mobile network operator Orange, Alcatel and Firefox is aimed at bringing an entry level smartphone to a large part of Africa. All these hopes lie with the Orange Klif. The $40 device was unveiled with a run through some of its specs (2MP camera, 3.5 inch screen, 1GHz dual-core processor, 512MB storage) that are very basic in terms of smartphone tech.

What is interesting though is the collaboration to expand smartphone penetration. This is one model that African operators, even local ones, should try to work on if we are to increase the reach of smartphones in Zimbabwe and ultimately internet access.

With data a growing revenue centre for mobile networks, more work ought to be done to get as many subscribers on internet services, especially with strong lobbies to reduce tariffs at every turn.

The possibility of network speeds that dwarf 4G/LTE can be hard to imagine especially since only a few of us locally have caught a whiff of the current network standard. But that is what 5G is set to deliver and it is coming in the next few years. Work towards that has already started.

At the Mobile World Congress, The Next Generation Mobile Networks (NGMN) carriers’ club came up with a blueprint for 5G. This white paper has a breakdown of requirements and potential of the new network standard.

All this is exciting from the perspectives of the potential of such advanced tech. After all better and faster networks are what we all hope for at the end of the day, especially with the potential of IoT.

I wondered though how markets like ours are preparing for this migration. It’s not forced on any operator, and when you look at how 4G is still far from being a reality for most of the market. That’s when you then realise how something like 5G becomes something harder to conceptualise.

We have a system that places all the responsibility for next generation tech rollout in the hand of the private sector, with very little, if any, state intervention. With the perceived benefits (that include economic ones) for such projects, when are we going to have a concerted effort for 4G, for example?

2 thoughts on “From devices to Africa’s internet, this stood out from Mobile World Congress 2015”