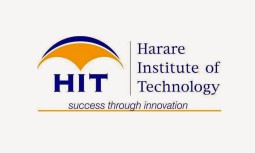 Last year in June, the Harare Institute of Technology (HIT) was hacked and the individual behind the hack demanded US$999 (then later $6.4 billion) in order to return the files. This hacker also claimed to have secured some – in fact ALL- HIT databases and now there appears to be a new database that contains students information. Or is it a database from that last leak that has seen the light of day somehow? We are not entirely sure to be honest.

The leaked database contains the sensitive information of over 3 500 students and the details leaked include:

HIT students, you may want to change your password

The leaked database has already been viewed by over a 100 people – a rising number- and the page where it’s linked will expire in 27 days (which we won’t link to for obvious reasons). If you’re a HIT student it’s advisable to change the password on your Student Account. I say this because even though I’m not sure what is in the student accounts, I’m assuming there’s some important and personal stuff in there.

I personally know one of the students on the database but they enrolled before June’s hack so this seems like data from that hack. After the 2017 hack, HIT’s Head of Public Relations Mr Mutema had this to say:

I can confirm that we were attacked yesterday at around 4:30AM. Social media is however blowing the whole matter out of proportion. The attackers hacked into our website. They had temporary control of the servers hosting our website and emails. We pulled our systems from the internet until we managed to sort out the matter today (yesterday).

If this data we’re seeing now is from that leak, Mr Mutema may have slightly twisted the truth about this incident since this seems like a bigger deal than he cared to admit at the time. I guess the truth always finds a way out after all…

We reached out to HIT to confirm if this database was accessed after last year’s hack or if this is an entirely new leak. The support assistant we contacted could not put us through to who we were trying to get a comment, so we will add HIT’s response once they have responded.