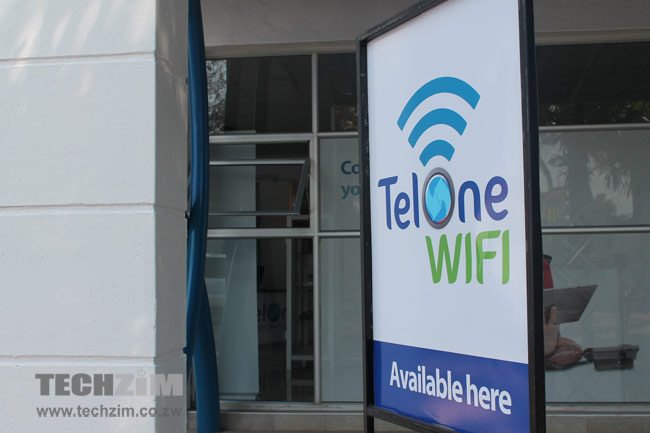 Telone’s latest financial results for the year ended 31 December 2017 showed a marginal increase in its total revenue from the same period last year. The state-owned company total revenues increased to $117 million, representing a 3% growth from the previous year’s $114 million. This was largely driven by the 36% growth of broadband revenues which reached $45 million in 2017 as compared to $33 million the previous year.

Of late, the parastatal has sought to diversify its revenue streams to compensate for falling income from voice revenues. Telone is expecting to realize the growth of its broadband revenue (and ultimately its total revenue) after the completion of its ambitious National Broadband Backbone (NBB) project.

The project which is currently underway is being financed under a $98 million loan facility secured from China Eximbank. And according to TelOne’s corporate communications manager, Melody Harry, the project has already started to pay off;

We are happy to note that the project has started bearing fruits with revenue increases being recorded in the first year of capitalization.

However, the NBB might prove to be ineffective in propelling Telone’s revenue upwards as the company has issues in collecting its dues from customers. At one point the company said that it can only collect 87% of its current billings.

The broadband industry is experiencing growth in Zimbabwe and this trend is expected to continue for the foreseeable future. This presents Telone with new challenges, but it also provides an opportunity to monetize the growth. The widespread adoption of Over-the-Top content along with a significant increase in the number of internet connected devices provides a unique opportunity for Telone to increase its total (broadband) revenues.

Just like Telcos worldwide, Telone’s voice revenue witnessed a downward trend.  The company’s voice revenue declined by 9% in the background of a 6% decrease in voice traffic. In light of this, most of Telone’s future revenue can be seen coming from data, that’s if it survives the competition from. Hence investing heavily in data services is now more imperative than ever.