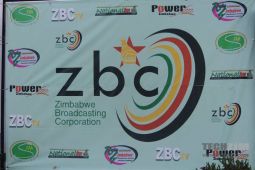 While on a tour of ZBC’s Montrose Studios in Bulawayo the Minister of Broadcasting Services and lots of other related stuff, Honorable Monica Mutsvangwa is reported to have said that the government will acquire the 32 digital transmitters and lots of set-top boxes it requires to finalise the digitisation programme soon.

The manner in which we are pushing for the digitalisation agenda is our commitment to complement and support all your efforts (ZBC staffers). We are confident that we will soon manage to procure the remaining digital transmitters and set-top boxes and complete the value chain.

As a ministry, we have been racing against time trying to ensure that we give you the relevant support, so we can help each other achieve this goal (of digitisation).

I am sure you are all aware of our stance as government, in-line with the vision of President Emmerson Mnangagwa that Zimbabwe should be an upper middle class economy by the year 2030. We all have our part to play in this agenda and key to us is the ability to be able to disseminate information in a professional, modern and progressive manner…

The ZBC has iconic value and stature in this nation.

This is just talk

We have heard the same line from her predecessors and nothing has materialised. ZBC continues to be a partisan opaquely run institution that it has been for decades. There is no transparency in the way in which digitisation is being carried out. We don’t even know how much the project is costing the tax payer with different amounts constantly thrown around in Parliament, we don’t know where we are at, how the money is being spend or answers to so many of the questions we have.

What we know is that according to the Honorable Ministers is that 16 out of 48 digital transmitters have been installed and four are stationed in Matabeleland. With all the money and time we have spend we are not even halfway through the project apparently. The minister even claims the government has been racing implying this has been a speedy process and here I thought we were behind schedule. I shudder to think what they will call slow.

I hope I am wrong

My colleague has noted some positive changes at ZBC including tentative steps being made towards improved content and delivery but they are still a long way from it. It would be nice to live in a way to live in a world where ZBC is run along commercial lines with open air waves where other players can join in to bring diversity.

As usual and much like the ZIMASSET days the government is not committing itself to a specific timeline telling us digitisation is coming soon. Soon can mean a lot of things.

2 thoughts on “Government Says It Will Soon Acquire The Needed Equipment To Complete ZBC’s Digitisation: Don’t Hold Your Breath”