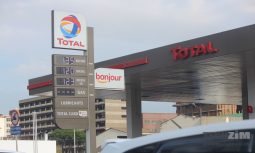 Let’s start off with a couple of figures. In Africa, the youth under 25 makes up 60% of the unemployed population. 35% of them are turning to entrepreneurship as a way of self employment. If you didn’t know, Techzim is a startup where 50% of the staff is under 25 and 100% of it is still in the Zimbabwean context youths. Not trying to blow our own horn but some of the most authoritative and impactful startups are either led or vastly populated by the youth. Even on TV there is a Fanta ad with some colourful youth on hoverboards and the tagline is “Teens are taking over Fanta Marketing”

Total is seeing this trend and is looking at ways to give this 35% of entrepreneurial youth a bit of nudge to get their projects going…(Thanks Total for the stats above). This nudge is in the form of the Total Startupper Of The Year Challenge open to the globe and I think it’s time we look as the details of the second edition of this initiative.

The inception of the idea kicked off focused on Africa. For all those who didn’t know, Total is a French energy company and France has quite the soft spot for Africa (World Cup 2018 for reference). It was then only fitting that the pilot for the Startupper Challenge be held in the motherland.

And so the journey began in 2015 with a list of 34 African countries, Zimbabwe included, and the criteria to participate was an age of less than 35 and/or a startup not more than 2 years old. A cool 11 000 applications were received and 6 642 of them were able to make the cut. That is an impressive 60% of startup ideas and concepts that were good enough to be in the competition.

10 finalists from each country were then shortlisted with 3 winners getting picked from each country. Yes all 102 winners were divided by country with each of the participating African Nation walking away with 3 star projects.

What About This Edition?

Definitely is bigger I can tell you that. This year these guys have chosen the globe as their playground. From 34 African countries to 55 countries across the globe. Winners will also be 165 from the previous edition’s 102. On top of these 3 winners, a new category for Top Female Entrepreneur will be exclusive to female entrepreneurs as a bid to motivate more women to take part.

From the stats of their previous rodeo, women accounted for 13% of total applicants however they were almost 25% of the winners. In addition as well, Total will be keeping an eye out for projects falling in line with Startup for better energy, After all Total is an energy company.

The demands are also as follows if you are planning on taking a whiff at the challenge:

Total has been touring tech hubs all over the country to get the word out. Also in the mix have been tertiary institutions and universities. You can take a look at more details here as well as sign up by clicking here.