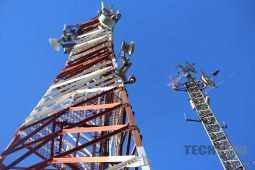 Mobile network operators are now considering increasing tariffs following the Monetary Policy Statement which did away with the fallacy that the bond notes were 1:1 with the US. This move might not come as too much of a surprise considering that Econet recently increased roaming tariffs.

POTRAZ has said it is reviewing the proposal which MNOs approached them with requesting revision of tariffs. POTRAZ’s Kennedy Dewera who is the acting Director General in the absence of Dr Machengete -currently in Barcelona attending MWC- said:

Indeed, we have received those applications from various operators and these are still being considered by the authority. You may be aware that there have been developments in the economy and those developments impact on the decisions to be made by the regulator.

Interestingly, Telecontract’s Business Development Manager acknowledged that Zimbabwean MNOs are already charging mobile subscribers much more than neighbouring countries so it will be interesting to see whether or not the regulator decides to approve this review of tariffs:

If you look at what Zimbabwe is charging, the estimates are that we are five times higher. But operators may be asking for a tariff review because of their cost structures and obtaining economic conditions.

POTRAZ has not yet disclosed when they will finish this review process and give telcos a response as the regulatory board needs to ‘consult’:

So these factors are still being looked at within the timeframe that the regulator can consider them. It is difficult to give the exact time when we can expect a final position as the process isn’t entirely up to the regulators, we have to consult extensively. But when the analysis has been done it will be taken to the operators.

A lot of the infrastructure used in the telecoms industry is imported thus you can understand where telecoms industry players are coming from but then again if they are already making five times the region standard then maybe they might have to explain more clearly to the public why a tariff hike is necessary and how far back the economic downturn has brought their revenues.