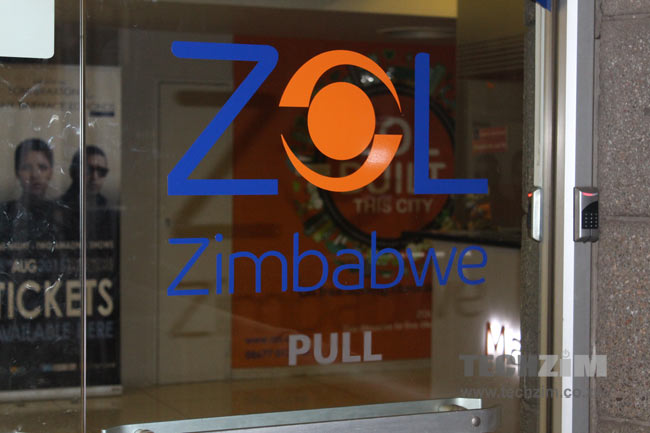 Zol is excited to announce the increase of data to all capped packages as of 1 April 2019. This effectively decreases the price of data per GB. ZOL understands that data is crucial to you and believes that this will enable you to get the best out of your usage and gain even more value.

The actual announcement of the price increase came later as a ‘by the way.’

They go on to explain that this is not an increase in prices but just an adjustment to reflect the recently announced monetary policy which introduced the RTGS$. ZOL then explicitly said their base USD prices have not changed but when you pay in RTGS they will apply the prevailing interbank rate which is currently 2.5.

No need to spin

I am sympathetic to ZOL and other service providers. They have so much to contend with in this economy and price adjustments are one way to remain viable. However, I am disappointed that ZOL decided to spin a simple pricing change and spell it as an exciting piece of good news. The spin is untrue on multiple angles:

Well, one of the things that the RBZ governor explicitly mentioned in his delivery of the monetary policy statement was that the RTGS dollar introduction should not result in price increases. He said, all debts and prices that were denominated in USD will become denominated in RTGS dollars without applying the rate.

To be honest, the Mangudya angle is just an academic point otherwise, I personally thought it was ridiculous the moment he mentioned it and when he elaborated on it later. I still mention it here because ZOL said it was the basis of their price ‘alignment.’ It’s duplicitous for them to say they changed prices in response to the monetary policy when a price change contradicts the explicit dictates of the policy itself.

This is why I insist ZOL should have just called the price increase by its name and not attempted a spin. They are now tripping on their own yarn. Besides the academic point, ZOL still increased prices, no matter what they say:

ZOL explicitly says the increases they made to data allocated to capped packages resulted in decreases in the cost per GB. This is not true. Here’s the actual change in price per GB:

The table shows the first package is the only one that resulted in a cheaper price per GB. The general trend is that ZOL actually increased their pricing per GB.

An interesting side note is that ZOL pricing favours folks who buy less than those who buy more. This is a skewed pricing regime.

ZOL said they have not changed the USD ‘base’ of their pricing. The only problem is, the prices they quoted in USD ceased to be ZOL prices on 31 July last year. ZOL has not had a USD29.00 package for more than half a year. This means the prices they have just announced as USD prices are new and should be evaluated as such.

Since ZOL said they are applying the interbank rate, we will convert the current prices from RTGS (we are all paying in RTGS) to USD and then compare that price to the new USD price:

The last two entries in that table validate my rationale. The wibroniks prices remain unchanged in RTGS terms but to come up with the USD prices, ZOL simply divided the current price by 2.5. Exactly what I did to their other current prices and thus it shows in USD terms ZOL increased pricing as well.

ZOL should just have honestly communicated that they are raising their pricing in response to the state of the economy. We would have understood. Spinning some funny yarn of how they are bringing forth a sweet deal is cheap and insulting propaganda. We have enough of that in this country already please.