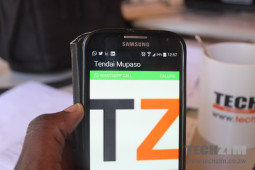 WhatsApp is a great messenger app with a number of features including both video and audio calls. But there is one feature that has been missing for a while (even in modded apps) and that is call recording. Of course, there is a major concern of misuse with call recordings, but sometimes we desperately need it.

How to record the calls

2. , open WhatsApp and make a call, a widget should appear on your screen indicating it’s recording your WhatsApp call. If the widget doesn’t appear then manually tap on the microphone icon in the Cube Recorder app. It will start recording your call thereafter.

3. In some cases, the recordings don’t have audio from the other side. To fix this issue, tap on the menu and open “Recording”. Change “VoIP recording” audio source to “Microphone”.

4. You are good to go, you can now record your calls. Besides WhatsApp calls, you can use this app to record cellular calls as well. In my testing, WhatsApp call recording worked flawlessly on my ZTE BA602 without changing the default settings.

12 thoughts on “How To Record WhatsApp Calls On Android”