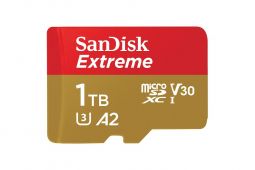 Bad news for Huawei continues as another industry figure has cut the Chinese company off. Huawei has been removed the from the SD Association, a non-profit group that sets the standards for SD and microSD cards.

SD Association confirmed to Android Authority that it’s complying with the recent executive order that placed Huawei on the Entity List. This news won’t affect existing Huawei phones’ ability to accept microSD cards, but the company declined to comment on the effect that it will have on future models. It likely means that future Huawei devices won’t be able to use microSD cards.

While that’s certainly not good news, it’s not the worst blow Huawei’s received during this mess. Fortunately last October Huawei unveiled its own proprietary storage card called Nano Memory Cards so at least it has a backup system in place to account for this loss.

The whole situation is still early right now, and so it’s unclear how things will ultimately play out, but right now it looks like Huawei could have a rough time competing in the smartphone market after all of these companies and groups suspend business with it.