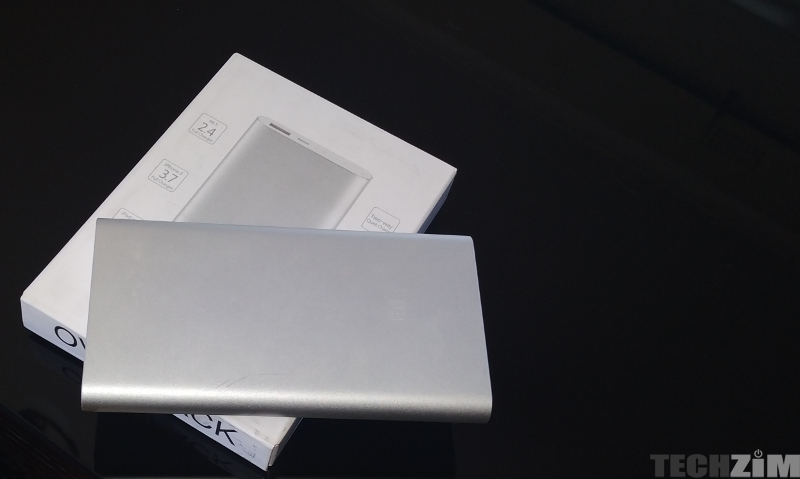 As you may have heard, ZESA released their load shedding schedule a few days ago. If you’ve already been affected you may be considering getting a power bank to get out of the fix we all suddenly find ourselves in.

I haven’t been affected by the load shedding too negatively yet, but I was the victim of a ZESA fault recently, which made me the best person to test out a power bank as I had no hopes of ZESA even coming back… The fault also put a large strain on my phone because instead of using WiFi for data, I’ve had to use 4G and tether to my laptop. My phone has basically been the centrepiece of my work for a number of days now…

So what did I choose as my companion during this seemingly endless winter? Well, I opted for Xiaomi’s Mi Power Bank 2. If you’ve been on the Techzim Marketplace you’ll know that this was a pretty convenient choice since we sell the damn thing anyway!

I got the Power Bank 2 after electricity had been gone for around two days so this thing was Liverpool facing Barcelona in the second leg of a UCL semi-final and it hasn’t done too badly… (There will be a few soccer analogies in the article, be warned)

Of course, the capacity and what it can do for you will depend on the number of devices you have, and how large their batteries are but for me the Power Bank 2 was on to a good start. Power bank 1 – ZESA 0

Another thing that impressed me about the Power Bank 2 is the speed at which it charges my devices. The Power Bank has what Xiaomi calls “Two-way Quick Charge” and it certainly charged my phone at the same speeds that my fast wall charger usually does the job, which equals more satisfaction for me. Fast charging seems like a small issue but once you’ve tasted it it’s hard to go back to slower charging speeds so I’m glad that’s not the case here. A two nil cushion? You bet.

The last thing that really impressed me about the PB2 (typing the full name is getting irritating) is the design and size. It’s perfectly pocketable, to the point where I can go out with it in my left pocket and the cable extending to my right pocket where my phone sits comfortably. Just, don’t try that with loose fitting pants as the weight of both devices might end up uncovering you.

It also looks very clean and understated with a curved design. The thing is made of aluminium alloy so it feels like an expensive gadget as well. How durable is it? Well, I haven’t dropped it yet but it feels like a weapon, so there’s that.

Oh, another added advantage of it being so small is it will cause you no problems bringing it with you on an aircraft as it is way under the 100Wh limit enforced ever since the Galaxy Note 7 happened. Xiaomi for the hatrick.

Two-way fast charge? Not so much…

Let’s talk about that Two-way quick charge again for a bit. I said it charges my phone pretty quickly and that’s great. The unfortunate thing is the Powerbank itself doesn’t seem to charge as quickly. I’m not entirely sure if it’s a capacity thing or maybe my wall charger isn’t upto scratch (it’s a fast charger). Unfortunately, I hadn’t timed how long it takes to charge the PB2 from 0-100 (as this review was kind of spontaneous) but on the occasions, I’ve had to charge it, its taken over 5 hours.

Another thing that pisses me off is the colour but that’s something I can live with. If you’re very particular about how your devices look I would say don’t get the silver PB2. It scratches way too easily and when I unboxed it I knew it would be a magnet for scratches and weird marks. Unfortunately, my worst fears have been true thus far but that hasn’t been too much of a bummer for me because it’s just a power bank to charge my phone (who cares what it looks like).

Two Xiaomi own-goals in the second half weren’t enough to give ZESA and its talisman load shedding the victory.

For $29, the Power Bank 2 has been a good companion and if you’re using it to charge two or three devices during load shedding, you’ll have a trusty companion. If you have a more power-hungry device (think iPad Pro) and you want to charge that and your phone in one go, you may need to look for something with a bigger capacity…

Check out the Xiaomi Power Bank 2 on the Techzim Marketplace. We have free delivery within Zim!

2 thoughts on “Review: Xiaomi Mi Power Bank 2 Could Be Your Companion As Load Shedding Intensifies”