Strive Masiyiwa Says, “I Could Have Solved Zim’s Power Crisis 12 Years Ago BUT Corruption” 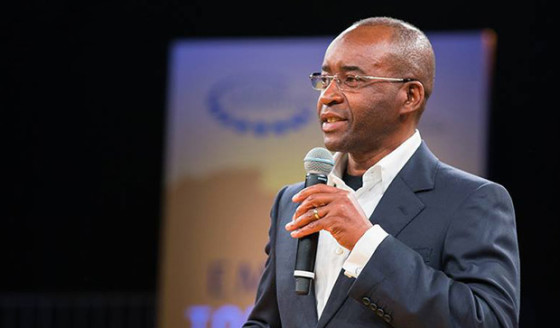 Zimbabwe’s dominant mobile network operator, Econet had a complete blackout today. Subscribers could not make or receive calls, send or receive SMS, access internet services and most importantly, could not access EcoCash, the mobile money service. Lack of access to EcoCash is most significant because it is the de facto cash in Zimbabwe’s cashless economy.

The telecoms giant has blamed the persistent load shedding by Zimbabwe’s power utility, ZESA. Econet says there was a fault with the generators supporting the network during power outages. Econet says the problem has been solved and connectivity is gradually being restored across the country.

In light of this, Econet’s founder and Zimbabwe’s most decorated entrepreneur, Strive Masiyiwa has commented:

Why I hate corruption!

In about 2007, as Zimbabwe lurched into hyper inflation, and foreign currency disappeared, our local management were faced with a big, big problem:

The cell phone network is one of the biggest single consumer of electricity in the country. Over 10MW distributed nationally. Base stations were collapsing, and service was degrading on a daily basis.

The management travelled to SA to meet the board and discuss an emergency solution:

We brought in experts including many former engineers of the national power company [ZESA] to try and understand what could be done.

There is no problem without a solution, if you bring in the right people!


Finally we came up with a plan, and we asked the CEO of Econet Zimbabwe to present it to the management of ZESA:

The plan would have unlocked over $250m in loans guaranteed by us, and over 500MW of power. It would have seen the country able to build new facilities.

The response from the ZESA management [at the time] was scandalous!

They told us: “since you are not popular with government, they will not listen to you. Let’s form a private company with some of our own executives, and you can lend money to that company secretly!”

One even proposed his brother as a director of such a company!

I was stunned when I heard.


Next we approached the power regulator, and asked for an independent license to produce power. They told us that they had already given licenses to people who had not built, so they could not issue another license, even though they appreciated, we could build!

The politically connected guys who had licenses were then tipped off, and they came rushing to see us, with the most ludicrous corrupt proposals:

One guy even flew to SA in a bid to see me personally!

I refused to even see him!

Our board withdrew the efforts, and we just gritted our teeth to weather the storm.


We were forced to shut down large sections of our network.