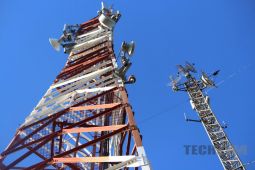 Four thieves were caught by the police after they had stolen 24 batteries at an Econet Booster, thanks to a vigilant security guard. According to a post on Twitter by the Zimbabwe Republic Police:

They were taken to court & 3 have since been convicted and sentenced to 8 years imprisonment while the case against 1 is pending.

With Econet now installing expensive Tesla Powerwall batteries, the risk has never been higher. To date, Econet has installed 520 Powerwall batteries at its base stations countrywide. Apparently, the mobile network operator needs more of these security guards to save the day.

Also read: Your Phone’s Battery Might Soon Get Fully Charge In Just 6 Minutes