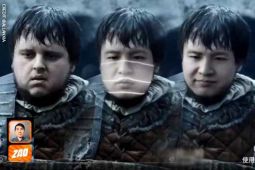 Remember FaceApp which was in the news recently for making everyone look old? It seems 2019 is the year of insane deepfake filter apps since a new app called Zao has now popped up in China. And yes, you guessed it. Everyone is going crazy about it but the app also received immediate backlash for its privacy policies.

In the tweet attached below, you can see that Twitter user, Allan Xia has replaced popular Hollywood actor, Leonardo Dicaprio’s face in some of his most popular movies with his own. This is one of the best examples of what the app is capable of, giving users a chance to be part of well-known movies and TV shows. The videos you see here were generated in a flash, under 8 seconds, using a single selfie, which is crazy.

In case you haven't heard, #ZAO is a Chinese app which completely blew up since Friday. Best application of 'Deepfake'-style AI facial replacement I've ever seen.

Here's an example of me as DiCaprio (generated in under 8 secs from that one photo in the thumbnail) 🤯 pic.twitter.com/1RpnJJ3wgT

We haven’t been able to try out the app for ourselves as it requires a Chinese number to sign up, but it has been reported that Zao asks you to click many images with your mouth open, eyes closed and more to create a better face model. This is the reason why good the deepfakes are so good. You may sometimes find it difficult to guess whether a clip is modified or not.

Zao has shot to among the top free apps list on the Apple App Store within a week of its launch, but its listing is now being bombarded with negative comments because of one reason i.e privacy. Yeah, Zao faced instant backlash from privacy enthusiasts – much like Face App. The privacy policy for the app includes a clause, which says that the developer gets “free, irrevocable, permanent, transferable, and relicense-able” license to all the content which users produce. And well, as is the case with privacy agreements, there is no way for the users to escape its grips.