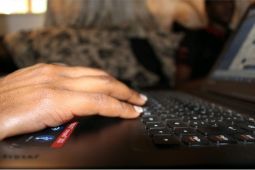 Microsoft is reportedly testing a new feature that will enable users to make phone calls right from their Windows computers. Screenshots posted on Twitter byAjith (@4j17h) suggest that the feature is already live in Microsoft’s Your Phone Android app, although, it’s still in the testing phase and is only available to select users.

Your Phone app with Calls & dialer support, I can confirm it is working. pic.twitter.com/gpLU8ogXlw

Originally announced at Build 2018 , Microsoft’s phone-mirroring app, ‘Your Phone’ , is a standalone Windows program that enables users to manage their Android phone’s notifications on their PC. Currently, the app allows users to access text messages, notifications and photos stored on their Android device directly from their Windows 10 computers. But the new functionality will also allow you to make calls on from your PC. The addition of this feature will allow to go phone-free during those workaholic hours since you will be able to text and call from your Windows PC.

There’s no official confirmation from Microsoft, so we’ll still likely have to wait a while to know more about the feature and when it’s gonna be made available to everyone.