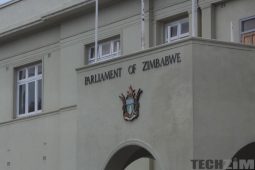 The Cyber Crime, Security and Data Protection Bill which was drafted back in 2016 has finally been approved by the Cabinet. The bill will now be tabled in parliament for debate but no timelines were shared for when we can expect this to be done.

The bill seeks to combat cyber crime and increase cyber security in order to build confidence and trust in the secure use of information communication technologies.

More specifically the bill provides for the following provision and approval of codes of conduct and ethics to be observed by all categories of data controllers, data protection with due regard to constitutional rights and public interest under the Postal, Telecommunication and Regulatory Authority of Zimbabwe.

It was also revealed that the bill will seek to establish a data security centre and Data Protection Authority which will work to investigate and collect evidence relating to cybercrime and unauthorised data collection or breaches.

It’s been confirmed that the bill will provide penalties for people inciting violence;

The bill will also provide penalties for the transmission of data messages inciting violence and damage to property, protection of citizens against cyber bullying and harrasmment, measures to adress the disemmination of racist and xenophobic material…

Whilst this may be the norm elsewhere, it will be interesting to see how this part of the bill is implemented considering that any time there are protests the opposition is said to have incited violence. I fear that this will become one of the multitudes of ways used to censor opposition parties.

The bill will also attempt to deal with fake news. It’s been confirmed that the bill will provide penalties for distribution of information one knows is false.