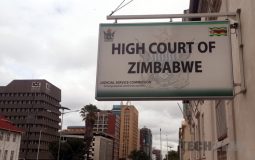 Bulk payment platform, Paynet lost a lawsuit at the High Court against Bankers Association of Zimbabwe (BAZ). Back in July, Paynet, a subsidiary of Cambria Africa filed a lawsuit of US $100 million against BAZ for anti-competitive practices.

In the lawsuit, Paynet accused BAZ of influencing banks to breach their agreements and not pay their dues of US $ 470 000 despite banks initially acknowledging the debt.

Notwithstanding the foregoing, defendant (BAZ) engaged in anti-competitive practices, actively preventing its members from free and constructive engagement with the plaintiffs (Paynet Zimbabwe and Payserv Africa). The defendant was effectively instructing its members to breach their respective contracts and existing arrangements with the plaintiff.

Paynet went on to say that the breach of agreement by banks was a way for them to abandon using Paynet for a new alternative bulk payment platform. As a result of this “anticompetitive behaviour” by BAZ, Paynet lost US $100 million worth of business- hence the lawsuit.

But, BAZ which was represented by renowned lawyer, Thabani Mpofu won the case with costs against Paynet.

Also read: NetOne’s OnePay Seeking To Close The Paynet Gap In Salaries And Other Bulk Payments