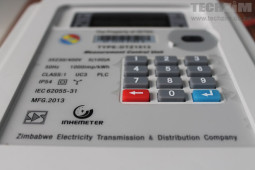 ZESA has come out and dispelled rumours that customers are being charged for electricity usage during load shedding periods when they have no access to electricity to begin with.

The Zimbabwbe Electricity Transmission and Distribution Company has noted with concern the false, mischevious and misleading messages that are circulating through WhatsApp to the effect that the power utility is “stealing” electricity units from prepaid meters during loadshedding and would like to set the record as follows:

i) When there is no electricity there is no that will be flowing through the customer’s meter. The meter, just like any other electrical applicance requires electricity for it to turn and there is no way the meter will be able to turn in the absence of power.

ii) Just like a motor vehicle’s odometer which only turns when a vehicle is in motion, a prepaid electricity meter can only turn when it is powered by electricity, therefore it boggles the mind how and why ZESA would “steal” electricity units, particularly during load shedding.

iii) ZESA has 663 343 prepaid domestic customers on the national electricity grid and their interests are well protected by sound business ethics and practices which observe the principles of corporate governance in service provision. The utility does not engage in activities which are to the detriment of its customers.

ZETDC advises its customers to disregard these malicious messages with the contempt that they deserve, as they seem to be targeted towards causing alarm and despondency.