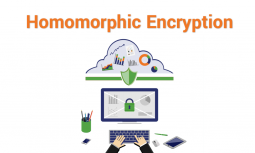 Encryption has many states. There’s encryption for data in transit which is typically encrypted using protocols such as HTTPS, SSL, TLS, FTPS. Data at rest – which is “data that is temporarily held in computer memory“.

Traditional encryption methods can secure data in transit and data at rest but data in use -data being processed, held in memory or analyzed by software apps- has proven harder to encrypt without reduced functionality.

This is where Homomorphic encryption comes into play. According to CBS Insights the encryption method is creating new opportunities for secure internet processes:

Startups and corporates alike are leveraging it for private database comparison, search, cloud computing, and to prevent future cyberattacks

The encryption method has been touted as the answer for organizations that need to process information whilst simultaneously protecting privacy and security.

Homomorphic encryption makes it possible to analyze encrypted data without revealing the data to anyone. This is important because most other encryption methods required that data be decrypted before use which made the data vulnerable to whatever you were trying to avoid by decrypting in the first place.

For instance, when you search for a shop on the internet a lot of your data is shared with third parties:

With homomorphic encryption in place none of the above will be shared with third parties and they also won’t be able to access what results we obtain from such searches.

The encryption method is suited to many use cases including:

The reason why homomorphic encryption isn’t in widespread use yet is that the encryption method is still slow. According to HashedOut, this is because the method requires a larger computational overhead compared to other encryption methods.

When IBM released it’s HElib C++ library in 2016, the library reportedly ran 100 TRILLION times slower than plaintext operations (i.e other encryption methods). They’ve since made the library 75 times faster than it was but it is still painfully slow compared to less secure alternatives in the field of encryption.