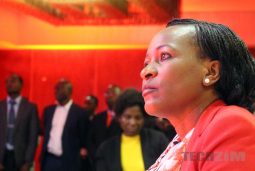 Earlier today we published an article regarding the alleged state of affairs at Telecel Zimbabwe. A source reached out to us and claimed that there were a number of issues affecting the telecommunications company and whilst Telecel were yet to respond to our request for comment at the time of publishing that story, they have done so.

Angeline Vere who most of the allegations were aimed at, responded and gave Telecel’s official response:

Regarding Telecel’s profitability which is claimed to have plummeted from US$56 million to US$1 million during Angeline’s tenure, the CEO said the reason behind this is economic pressure:

The organisation has not been spared from the factors currently severely affecting the economy. Especially, the issues of commercial power, movement is actual exchange rates and the regulated tariffs obtaining have caused extremely difficult operational challenges, Regular tariff reviews by the Regulator have tended to be well below the optimal requests made against hefty operational costs escalation.

Mrs Vere also refuted claims that she greenlit salary increments without board approval:

Lastly, the Chief Executive also addressed the claims that there were failures to produce audited financial statements for 5 consecutive years:

Audited financial statements have been done but there was a concern from the auditors on the going concern status of the organisation due to a large loan owed to the major shareholder. The auditors needed a letter of support from this shareholder to cover this concern. This letter has now been availed and all the outstanding financial statements will be released within the first half of this year.