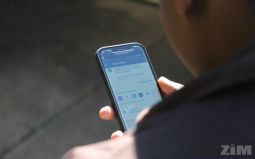 Microsoft is known for its Office suite of apps, but they’ve decided to shake up their approach to the applications on mobile devices. The tech giant has released one app to rule them all; Microsoft Office which combines Word, Excel and Powerpoint.

Instead of having 3 separate apps that take up 279MB (at least on my phone), Microsoft has rolled all 3 + Media and Notes functionality into a single 130MB app.

You can also use the app for other features which include scanning text from images, scanning images using your camera, transferring files to your computer and nearby devices, quickly jotting down notes and signing PDFs.

Having one app is containing all of this functionality will no doubt be beneficial to productivity junkies but maybe the choice of downloading only what you needed was actually better for some. Personally I appreciate having all 3 on my phone because now I don’t have to worry about receiving a PowerPoint file and then having to download an app to open that.

It’s not clear what will happen to the existing Word, Excel and Powerpoint applications but it’s fair to assume that these might gradually lose support and then be removed from the App stores once Microsoft feels the new Office app has gained enough traction.