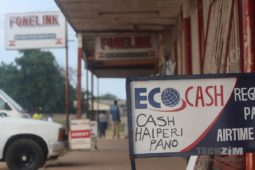 So yea the urgent High Court application made by EcoCash to reverse a directive given them by the Financial Intelligence Unit of The Reserve Bank of Zimbabwe has been thrown out. The first stumbling block EcoCash fell on is that according to the court they had no skin in the game.

One of the issues raised by the RBZ in response to EcoCash’s application is that it was the agents who had been directly affected by the infamous directive and not EcoCash. They argued that EcoCash was only indirectly affected (financially) and so they had no right to approach the courts on behalf of another. The issue as summarised by the judge:

The respondent asserted that the applicant does not have standing to seek to enforce the rights of its numerous agents who have not sought to advance their cause before this court. :It submitted that the basis upon which the applicant has brought the application in the interest of the agents has not been established. Mr Chinake argued that it was simply an attempt by Ecocash enforce its own financial interests.

On the other hand, Adv Mpofu contended that the applicant had demonstrated sufficient interest in the matter and its outcome to become before the court. He submitted that the agents were a key component of the functionality and operation of the ecocash platform. Thus, to the extent that the accounts of the agents had been closed, the applicant had a right to institute proceedings to interdict the actions of the respondent. Additionally, the applicant argued that its agents were threatening to sue it, hence it had locus standi to protect its rights.

Judge Chinamora says the issue of whether EcoCash had any right to litigate on this issue had long been established before the court. One of the cases he cited said:

Well, according to the above standard it looks as if EcoCash and its lawyers needed to prove that they had interest above a mere financial interest.

The judge actually says the answering affidavit filed by EcoCash ‘betrays’ them in that it talks of their financial interest. He quotes the affidavit:

Financial interests are also worthy of protection in terms of our law. It cannot be argued on boli fide grounds that the suspension of agents will not directly affect the income earning capacity of the applicant which is worthy of legal protection. Applicant has a contractual relationship with its agents in terms of which it earns income from the services performed by agents on its behalf

While the applicant might feel passionately about the financial strain occasioned by the directive, it is not the kind of interest that can found locus standi for the applicant at law.

Even EcoCash’s terms and conditions punched them in the face

One of the attachments EcoCash submitted to the court is their terms and conditions for agents. The document clearly spells out that the agents are completely independent from EcoCash. The judge quoted clause 7:

7. INDEPENDENT CONTRACTOR
7.1 The parties acknowledge that, save for the duties and powers of the agent as stated in clause 3 hereof, nothing in this agreement shall be construed to create a relationship of employment or partnership whatsoever between the parties, whether for tax or any other purpose.
7.2 Subject to clause 3 hereof, neither party shall have the right to bind the other to any agreement with a third party or to incur any obligation or liability on behalf of the other party

He asks how EcoCash could then attempt to sue the RBZ on behalf of agents when their own contract with the agents says they are completely independent of each other. How then is EcoCash harmed by the FIU’s directive against agents beyond EcoCash losing transaction fees? He quoted clause 3 of the same document:

The agent shall comply, at its own cost and expense, with all laws, license conditions and tfre requirements of any legislative body or government, provincial, regional or local authority relating to any matter contemplated in this agreement.

If the agents have beef with RBZ, the courts are open

In determining this issue of whether EcoCash was an aggrieved party that could challenge the action of the central bank, the judge again drew from the affidavit filed by Cassava CEO, Eddie Chibi:

The directive of 4 May 2020 will affect agents such as Transerve, Zuva, Total, N Richards,. rt-Metropeech and Engen amongst others who are driving the Zimbabwean economy but do not fall under the exemption mentioned in category 5

Judge Chinamora said references like the one above clearly show that EcoCash knew who the aggrieved parties were. He said if N Richards and the rest of them felt prejudiced by the RBZ they were free to approach the courts in their own capacity and right. EcoCash did not have that responsibility.

On this issue alone the fate of the application by EcoCash had been sealed. Judge Chinamora said:

I would have dismissed the application on this basis alone, however, I prefer to consider the other grounds for objection in case my conclusion is incorrect.