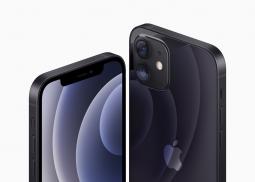 Apple has finally revealed the next generation of iPhones. This was a long wait for Apple fans, the company usually releases its next generation of devices in late September. But better late than never as the old saying goes, we at last finally got to have a look at the new line up and it pretty much aligns with most of the rumours that were floating about. The iPhone 12 range spans 4 devices starting from the 5.4-inch display mini, standard, Pro and the Pro Max.

The iPhone 12 range and features

Apple has, like all the other smartphone makers, embraced 5G. What is a little surprising, at least for me, is that all the devices support 5G connectivity. I was expecting the higher end models to have it but it’s good that it’s available across the board.

It is nice to see MagSafe make a comeback of sorts. The feature was previously on older MacBooks and allowed the charger to magnetically attach to the device. On the new iPhones, MagSafe will be facilitated by a case that will allow a wireless charging dock to attach to the device.

The real disappointment is that Apple won’t be shipping devices with headphones or power adapters. The reason given is the potential environmental impact as well as there being a good number of compatible chargers already out there. The phones will, however, ship with USB-C lightning cables.