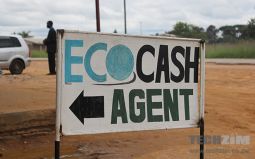 The RBZ’s monetary policy statement from a couple of months ago revealed that agent lines are banned because they no longer serve a purpose. This announcement wasn’t a surprise to many because it looked unlikely that agent lines would be restored.

After the suspension of Agent lines, many who used them began the process of liquidating the funds in those accounts. Those who haven’t yet completed the liquidation process will now have to pay ZIMRA the 2% Tax (Intermediary Money Transfer Tax). This news was revealed in a message that was sent by EcoCash to agents. The message reads as follow:

“Dear Agent, ZIMRA’s interpretation of the law is that A2A Cash In/Out transactions are subject to 2% IMMT from 1st of October 2018. This tax will be deducted now.”

It looks like ZIMRA is retrospectively taxing those agent lines that weren’t liquidated. The time frame that was mentioned in the message also means that ZIMRA will rake in a lot of money depending on how many lines are yet to be liquidated.