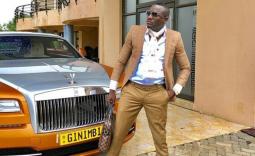 In Shona, we have a proverb: Afirwa hatariswi kumeso. It literally means you should never look the bereaved in the eye. That’s just one of the many rules to be adhered to when someone has passed. Like everywhere else death among our people is a highly ritualistic affair to the extent that if you so much as cough out of turn at a funeral people might be eternally offended. Social media seems to be now eating into that culture-for better or for worse.

If you were to ask members of our current government if social media is a good thing or not. You would probably get an unequivocal answer: social media is a cancer that should be excised. Right now the government, like their counterparts in several African countries, is working hard to pass laws aimed at essentially ending social media.

Members of the opposition and civic organisation see it in a different light. Not only does social media afford us the opportunity to communicate cheaply with our friends and family even if they are in faraway lands as well as promote our businesses, but it also gives us a voice that we previously lacked. Now even common man can speak truth to power in a way that can threaten the establishment.

The truth, however, is more nuanced. Social media cuts both ways. When used correctly it allows businesses and freedoms to thrive. It can be toxic, eroding privacy and acting as a permanent home to conspiracy theories and outright lies. The recent passing of Genius Kadungure alias Ginimbi is but the latest example.

If social media is a sword then Genius Kadungure was a knight. The socialite wielded that sword with exceptional skill. Showing off his rich lifestyle, he was able to market his high-end clubs and events, raking in thousands and possibly even millions. In a faltering economy where most people cannot afford bread, he managed to sell expensive bottles of liquor.

He didn’t shy away from prying social media eyes, he welcomed them, revelling in the infamy. Also among his strategies were collaborations and engineered spats with other fellow social media journeymen such as Mai Titi and Passion Java. He was good at it. His lavish all-white birthday celebrations were the talk of social media, the country, the region and beyond.

His fellow socialites were not and have not been better. Like hungry wolves, they have not hesitated to capitalise on his misfortune. Some even went as far as descending upon the accident scene publicly grieving, on social media, while making tenuous claims of kinship to him. Grieving in our culture is an entirely private affair. Remember you are not even supposed to look the bereaved in the eye.

This begs the question, if a person like Ginimbi, the social media genius has not been spared the dark side of social media, what hope do us commoners have? Authorities have often complained about people taking gory photos on accident scenes and putting them on various social media platforms. This is insensitive to the pain of those who would have lost someone.

While some would like to claim it’s a case of live on social and die on social media this seems to be hardly the case. True, Ginimbi lived on and for social media but there are plenty of people who hardly have a social presence but somehow end up on the wrong side of it. Weeks ago there was the death of a minor in Murehwa. The boy had zero social media presence to talk of and yet pictures of bits of his body were circulated widely on WhatsApp.

To be fair though while those who are older would like to blame it on social media, before it even existed there were tabloids. These made a profit by specialising on scandals and the salacious details of the rich and famous and sometimes gory deaths such as the famous passing of Princess Diana. Social media has just democratised the process.

In the meantime, we just have to live with it. His funeral will probably be social media news too. Already people have created funeral groups on his behalf. Scammers will probably make a few bucks off-his death on social media too.

Tomorrow the sun will rise again and set again just as it always has and social media will continue to bless and curse those who live by it-sometimes it will touch those who eschew it too.

One thought on “A case of living by social media: the very public death of Ginimbi”