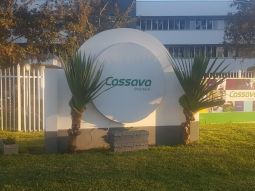 Yesterday we reported on an oddity that cropped up in the payments space. Steward Bank customers can’t send money from their bank account to EcoCash directly and this the same for EcoCash. This isn’t only strange because we are almost two months into ZimSwitch assuming the role of the National Switch but that the two companies (EcoCash & Steward Bank) are under Cassava Smartech. We reached out to Cassava to get some clarification on the matter and we finally got a response:

I am sure the next question that most of you have is why this took so long. What we were told is that it was because of a core banking system upgrade that was being done at Steward.

The upgrade started before the national switch deadline and the team at Steward Bank were working on both tasks. This system upgrade was also said to be the reason why EcoCash didn’t have Steward Bank listed in its external transfers menu.

Cassava, Steward Bank & EcoCash should have notified their customers

This is the kind of information that customers need to know especially with all the noise that surrounded the Nation Switch. The reason they gave, I think, is reasonable enough but should have been given out earlier and with some sort of time frame. This would have saved Cassava & Co unnecessarily disgruntling their clients.

Hopefully, they are just buttoning up things up and it does go live in the next few days.