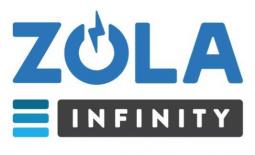 Econet subsidiary Distributed Power Africa (DPA) a couple of weeks ago announced that it would be installing electric vehicle charging stations across Zimbabwe. The Independent Power Producer (IPP) already has three up and running in Msasa and has plans to install 17 more across the country. In December last year (a development that went under our radar), DPA entered into an US$8 million deal to distribute ZOLA Electric‘s home solar systems.

In a report by Afrik21, this partnership will help Distributed Power Africa, expand and diversify the operations of its subsidiary Ugesi Energy, which installs mini-grids in rural Zimbabwe.

DPA will be distributing ZOLA systems in 9 Sub-Saharan countries including Zambia, Namibia, South Africa, Lesotho and, of course, Zimbabwe.

This is just the beginning too, as the US$8 million is an initial purchase of an overall larger commitment. ZOLA Electric has hailed this deal as the largest transaction in the history of energy access in Africa.

“Zola’s Infinity system is developing the world’s first distributed mini-grid. It brings smart, modular, networked technology to a community that needs affordable and reliable energy more than any other on the planet. We are very excited and we know this is just the beginning”

You can check out ZOLA’s systems and products with the link here.