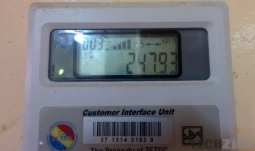 Before 2021 started, ZESA announced that the prepaid vending platform was going to be down on New Year’s Eve until late on the first. The national power supplier has, in a statement, announced another prepaid vending system outage.

The statement reads as follows:

Notice of interruption of the Electricity Vending System

The Zimbabwe Electricity Transmission and Distribution Company (ZETDC) would like to advise its valued customers that there will be an interruption of the Prepaid Electricity Vending system on Saturday, 23rd January during the period 1300hrs to 1700hrs and on Sunday, 24th January 2021 between the period 0830hrs to 1130hrs to facilitate for a major system upgrade.

ZETDC further advises consumers on the prepaid channel to ensure that they purchase enough power so that they do not run out of credit during the maintenance period of the electricity vending system.
The upgrade is necessary to ensure the efficient performance of the prepaid electricity vending system. The inconvenience caused is sincerely regretted.

At least this time the system upgrade isn’t happening at the end of the month and into a new one like it did towards the end of 2020. I can imagine that there were many people who had to buy the expensive upper band electricity when they had saved for the lifeline fee and lower bands for the coming month.

Hopefully, ZESA is wrapping up its system upgrades. We wouldn’t want to be in a situation TelOne subscribers were in last year, where a service disrupting system upgrade happened every other month.

You can purchase ZESA Tokens online with the links below:

If you want to see how many tokens you will get for your purchase you can use Techzim’s ZESA calculator: