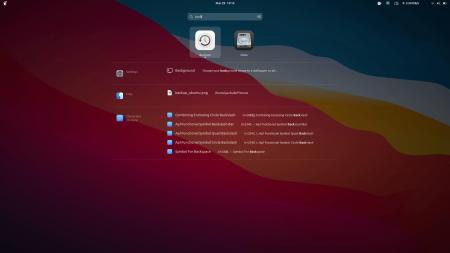 Like everyone else I am one of those people who like to speak about the importance of backups, in reality, I rarely follow through on my own advice especially when it comes to important files on my computer. That changed this weekend when I decided to roll my sleeves and implement automatic backups on my primary laptop. It wasn’t at all what I expected.

There is nothing like a disaster when it comes to giving a wake-up call. The reason why I already had phone book backups and the mandatory daily backups to Google Drive on my phone is that I have learnt the hard way that backups are important. When the “boys” relieve you of your phone they never give you a chance to take down your contacts or get a working copy of your WhatsApp messages. It’s not fun having to ask everyone who messages you their name. That’s how deals are lost.

It was the same thing here. A series of disasters prompted me to finally take the action. My best friend lost his work laptop to thieves he had given a lift. All his important work was there and it hit him hard. He was inconsolable and lost a lot of money because of this.

Then there was the University of Wellington story. Just over a week ago the University’s IT department accidentally deleted all desktop files on all the Windows computers connected to their network. By all I mean all here and this was all down to some overzealous IT personnel who went too far with their Active Directory tweaks. Some PhD students lost over a year’s work due to the mistake. A lot of them had no backups.

Then one of my young friends got robbed by a Honda Fit driving gang of thieves. He wanted a lift and they pretended to be going wherever it is he was going. He got in and they drove for like 100m, robbed him at knifepoint before tossing him out. Luckily he was physically OK, but his contacts, messages and files are all gone.

Then there was the OVH fire. I use their services but thankfully I was not affected but… when the universe is telling you something you have to listen. So I went and activated automatic backups.

It’s easier than you think

For some reason, people think Ubuntu is hard to use. They imagine if they switch over from say Windows, they will have to spend much of their in the terminal program, I often do, but you don’t have to. The following steps will reveal how ridiculously simple it is to have automatic backups running on your computer.

To activate backups I followed these steps:

That was it! I did not even have to install anything like I would have had to if I was using Windows 10. I was embarrassed, this was something I had been putting off for years because I thought it was going to be complicated. Just to be clear, setting up Google Drive backups on Windows is also just as easy although you will have to install Google Drive software yourself. I also did this for my friend during the weekend.

Also, I set up Google Contacts sync and WhatsApp backups for my brother’s friend. Again the process was trivial. As you can clearly deduce from this, I am sort of an unpaid IT consultant to my friends and family just like most of you probably are.

Keep an eye on that data

The most cited reason for not doing backups is data but when it comes to it you will have to make a decision. What do you prefer, losing your precious data someday or parting with a few thousand ZWL each month? For most people that’s an easy choice. You won’t have to spend more than US$10 if you make the right choices:

Yes, you caught me, that’s a Big Sur like wallpaper and GTK theme.