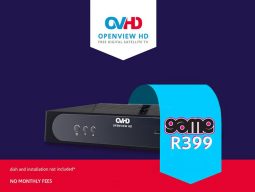 At the beginning of March I moved to a new home and unlike in times past the settling routine was different in one big way. I tossed away my satellite dish and LNB. I am not joking here, I literary threw my antenna dish into the rubbish bin where it was fished out by my rather amused new landlord.

It was long overdue, to be honest. I haven’t switched on my power guzzling decoder in close to four years. It now serves as a handy paperweight in my new office. I have nothing against DStv, in fact, I do occasionally watch DStv shows and channels. I just do it online. I already pay close to a US$100 to my internet service provider there is no way I am forking out $30 more for satellite TV.

Moving away from traditional TV creates some voids which international streaming platforms like Netflix simply cannot fill. For example, while I have only a mild passing interest in South African soapies, there are those in my family who will not react well to be being denied their daily dose of contrived drama.

I subscribed to Showmax for that and for the most part, it does a good job of filling the gap but unfortunately, not everyone has access to Showmax. A lot of people out there have OpenView HD free to air decoders on which they watch other shows that are not on Showmax. This creates peer pressure that has led to those other very important members demanding that I find a way to make sure they get to watch these shows too. FOMO if you ask me.

You do not need a decoder to watch OpenView TV shows

If I was not clear I have quite the aversion to decoders and the habit of having to wait for shows to air. I am more of an on-demand kind of guy. So the first thing that I did was to try and find out if OpenView has its own version of catchup and the good news is that it does. The bad news is that it’s poorly kept up to date.

However, there are plenty of shows there and I figured it’s a good starting point and so far I am right. Accessing the library includes a little bit of fiddling but the process is quite trivial. All one needs is a South African IP. This is not Netflix so they aren’t even blocking VPN IPs.

To watch OpenView shows on demand follow these steps:

It’s really that simple. You can also cast using Chrome although I find the video quality when using casting to be below my refined tastes, but it’s watchable. The biggest drawback seems to be that, for some reason, OpenView is no longer updating its on-demand content. The content on their site is old. Like really old.