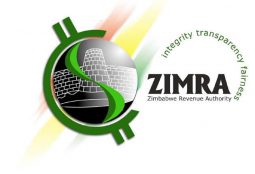 The worst kind of wound is that which is self-inflicted. Nothing hurts more than knowing that whatever action you took was down to your own lack of foresight or “right-thinking”. The Zimbabwe Revenue Authority (ZIMRA) has reported that it is processing 63% fewer vehicle imports after the enactment of SI 89 of 2021 which banned second-hand cars over 10 years.

“Prior to the implementation of Statutory Instrument 89 of 2021 on April 2, we would process import documents for 60 vehicles at Beitbridge per day. That has reduced to an average of 22 cars”

We all saw this coming… The taxman was making a tidy sum from second-hand car imports and the govt went and cooked the golden goose. So how much is ZIMRA loosing exactly from the second-hand car ban?

Well, when pressed ZIMRA spokesperson Francis Chimanda had this to say:

“Unfortunately, I cannot disclose the amount of revenue we are getting from vehicle imports since our system does not separate revenue from motor vehicles and that which is received from other goods”

My two cents on this is that they know how much is being lost but the shame of admitting it is the real issue. SI 89 2021 was a misguided effort to prop up a car assembly industry in Zimbabwe, which by all accounts, is not completely on its feet again.

Instead of focusing on making the local car assembly industry competitive, engaging financial institutions to dive into vehicle loans and financing. They opted to stem the flow that made the most sense for most Zimbabweans.

To make matters worse, anyone who bought a car in and around the time that S1 89 was proclaimed now has two options. Go to the Ministry of Transport and try to get an import licence or sell the car at a massive loss to any takers on the other side of the border.

Why the reasons for banning second-hand cars make no sense