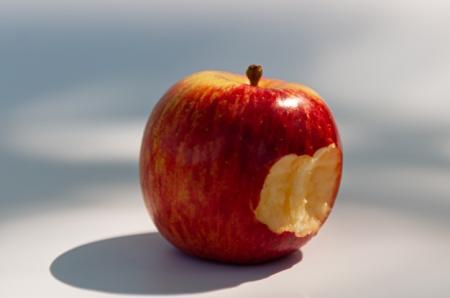 These days Apple takes perverse pleasure in publicising, mocking and hurting the business models of other big tech companies. Apple has set its targets against two of its biggest tech rivals Google and Facebook who both relying on extensive tracking of users and selling them ads based on this information. It has somehow tried to position itself as the good guy who is looking out for the little guy. Nothing can be further from the truth.

The company is just as ruthless as the other two. It’s just another bad guy-the only thing different is that it’s a different kind of bad guy. While Google and Facebook have been stomping on our privacy, Apple has been stomping on the competition by employing monopolistic anti-competitive rules on it’s competitors using it’s resolute grip on the Apple store.

Apple has always peddled the line that it needs to have absolute control on it’s App store for security reasons and that worked for a while but now it’s in trouble. First there is a Federal court case in the US where Epic games is suing Apple over its restrictive rules.

At the heart of it all is the so-called Apple Tax. As probably already know, the only way to install apps on an Apple-made phone is through the Apple Store. There are workarounds to this but none of them is popular, convenient or feasible if you want a large install base. You cannot for example ask people to jailbreak their phones just so they can sideload your app. Not many would anyway given the disincentives involved.

That wouldn’t normally be a big deal if Apple didn’t have additional restrictive policies in place. The biggest of which is that they demand 30% of whatever sales you make via your app. A lot of apps including Fortnite and Spotify spot in-app purchases where people can pay to have an enhanced experience. Apple gets an arbitrary 30% cut.

This leaves businesses in a quandary. When a business comes up with a price they consider a lot of factors including whether the price they are charging covers the costs of providing the service otherwise they risk making losses and going out of business. Usually, when this price is set it’s a service-wide price and not just for one platform, for example for Spotify they just have one price e.g. US$2.99 for Zimbabwe. This means the company gets to keep say US $2.20 after VAT and processing fees.

Now, with an app on the Apple store that goes down to way under US$2 in our Spotify example. Probably that massive reduction in earnings would result in Spotify making a loss. To counter that they would either have to charge people more when purchases are made through the iOS version of the app or they can direct people to purchase from the website.

Neither of those two solutions are particulary good however. Again thanks to Apple’s anti-competitive practices:

It’s just a lawsuit how is that trouble?

I would be tempted to say that on the surface of it it’s hard to see how Apple can win this one. What possible argument can they make to save themselves? The truth however is that it’s possible Apple will win this one but that’s just one of the many fires they have to put out.

The United State’s Senate Judiciary Committee’s antitrust recently grilled both Apple and Google over their respective app stores. There, senators excoriated Apple and Google over their literal monopoly tendencies. They accused both stores of excluding and suppressing apps that compete with their own products as well as charging excessive fees that affect the competition in the app store economy. Chances are there will be a bill soon even if Apple wins the Epic suit, which is very unlikely, it will still be smacked by new laws that will clip its wings.

The EU’s feared European Commission is also after Apple after Spotify (a European company by the way) complained about the same issues. Spotify accused Apple of stifling innovation in the music streaming industry due to its restrictive rules and actions. The Commission’s antitrust regulator Margrethe Vestager has laid charges against Apple.

Unlike the other cases, it will be almost impossible for Apple to win the EU case. Their line of defence is that they only process 1% of Spotify payments through the App store. That’s a flimsy excuse given the fact that the Spotify case will probably be used by the commission to jump-start a wider investigation.

The EU is still the largest economy in the world and their Commission has teeth. You can ask Google and Microsoft who have been chewed by it before. Apple is probably looking at a stiff fine. In addition, they will probably face penalties for as long as they continue to be in violation of EU laws on competition.

I told you, Apple is in trouble. Everyone wants a bite.