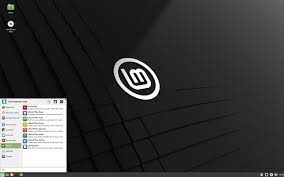 Last week the Linux Mint team rolled out Linux Mint 20.2 which is based on Ubuntu 20.04 LTS hence the version which is 20.x. This iteration of Mint is nicknamed Uma as per their tradition. While Ubuntu uses an adjective and endangered animal name, Linux Mint versions have almost always been named after goddesses. If you are new to Linux are struggling to settle on a distro then Linux Mint is the operating system you want.

A quick Google search ought to answer this question but I will indulge it here nevertheless. You see unlike Windows which is made and distributed by one company Linux is different. All its bits are made by different people as open-source i.e. you actually get the source code if that’s how you want to start. This makes it pretty modular. In fact, the only thing Linux about the Linux operating system is the Linux kernel itself. So if you are creating a Linux operating system you can:

NB. A unique flavour of Linux distributed by a certain group is called a distro or distribution.

I have always been an Ubuntu and Debian person myself but I have always held Linux Mint in the highest regard. I discovered this polished Linux distro back in 2009 when internet speeds were nowhere near what they are today and fell in love with it. You could install it and be able to play the most popular video and music formats right out of the box. Their desktop, Cinnamom is pretty familiar if you are a longtime Windows user.

Now that you hopefully have a good grasp of what Linux Mint is all about here are some new features you will get in the latest version:

As already noted Linux Mint distros are based on Ubuntu LTS distros. Ubuntu Long Term support distros are very solid versions of Ubuntu that receive support and updates for a long time. They tend to be very solid and have fewer bugs or experimental features.

N.B. If this link is slow you can try other South African mirrors here.

One thought on “You can now download Linux Mint 20.2, here is what’s new”