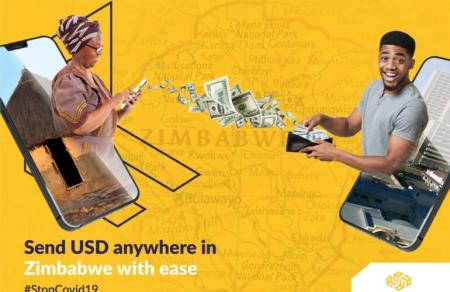 We have ranted and raved about BancABC’s City Hopper for some time here and you’d be forgiven for thinking that it is the only affordable domestic remittance service. However, that is not the case. There is another local player who is as competitive and the company is called Access Forex.

We’ve reported on Access Forex a couple of times in the past. The first time was when it launched back in July 2020, announcing it was serving diasporans in the UK and South Africa. And the second was when it announced that it was launching a remittance based investment service, Paytumi, earlier this month.

Between those two instances, there have been a number of developments at Access Forex. The company has significantly increased its presence in terms of collection points in Zimbabwe. Access Forex started out with MyCash Financial Services, Quest Financial Services, and Access Finance Bureau De Change as registered agents in Zimbabwe but the firm has made some serious additions. The big ones are the inclusion of a good number of Zimpost outlets, Edgars, Jet, FarmVet, Spar and more.

Access Forex didn’t only stop at cross border remittances. The company around the same time it launched also offered the same service locally. Access Forex pegged its commission at 3% which was a little more expensive than BancABC City Hopper (2%) at the time. But as we saw earlier this year, City Hopper moved its fee to the same figure making it a tough split between the two.

Back to the international remittance and Access Forex launched a loyalty program for its customers in the United Kingdom. The incentive was much the same as what we saw from EcoCash’s rewards program, in that frequent users would get loyalty points.

This loyalty program is like many others, in the sense that customers can earn points with each transfer. Access Forex’s Loyalty Club is wholly unique, however, in its attitude and understanding of exactly who its customers are.

This club is for people who want to get the most out of every Pound they earn. Clients can redeem points on their next transaction or even cash out when they move from one level to the next. The club will also give members access to free investment and retirement advisory services.

Every time someone in the UK sends money to a recipient in Zimbabwe they earn £10. Once a customer gets to £100 they will between £3 and £10 as well as a small gift.

The domestic scene is the one that is of particular interest to me because of what City Hopper was able to achieve in a year. On price, I doubt you’d go wrong with either but the real difference comes with the collection points. City Hopper has 55 total including Pick’n’Pay kiosks. While Access Forex has, by my count, 66 Zimpost collection points dotted across Zimbabwe. This is saying nothing of the other locations that it has. So if it’s a case of convenience and reach, Access Forex has City Hopper beat by some distance.

It would also appear that both entities have very different strategies at play. City Hopper’s style seems to be along the same lines as Senditoo with a mass-market approach while Access Forex looks, at least in my opinion, to be more inward and customer-focused.

One thought on “Access Forex, the quiet but significant local remittance outfit”