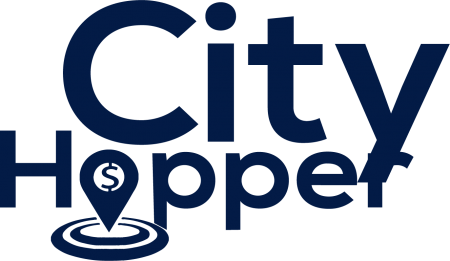 BancABC today held a one-year anniversary celebration for its domestic remittance service City Hopper via Twitter Spaces. The talk was more of a victory lap and that isn’t to say it isn’t warranted. City Hopper has had an incredible year for a fledgling money transfer service. According to BancABC, they were able to move over US$10 million (US$10,149,371) since City Hopper’s inception last year which was spread over 77,987 individual transactions.

That figure, at least to me, isn’t surprising because the service is reasonably priced at 3%. In comparison its competitors like Mukuru at around 7% which is a real gulf when it comes to affordability.

City Hopper has also added on a few services to improve customer convenience. One of the major ones was offering the service on BancABC’s chatbot Ally. Users can use Ally to register recipients without having to fill in the form every time they want to make a transfer.

What’s to come from City Hopper in the future

In the Twitter Space, BancABC officials said that there are a number of things they are working on. The first is expanding the corporate partnerships they have. Companies mentioned were Gain Cash and Carry, OK Zimbabwe and Nyaradzo.

The two retail outlets might be a bid to expand City Hopper’s kiosk footprint, which at present stands at 39 booths (including TM Pick’nPay) and 16 BancABC branches nationwide. One important thing that is motivating BancABC’s proposed expansion, is that six out of every ten people who visit a kiosk want to do a City Hopper transaction.

If they can pull off the expansion into other stores. Then BancABC’s remittance service will be one of the most accessible ones out there.

Another thing that was mentioned in the Twitter Space was constantly evolving the service to incorporate BancABC’s other products. As I am sure you have seen here and on social media, BancABC has been launching Visa card focused promotions.

This is obviously because they have seen that there are a number of people who paying for streaming services and shopping online in this dollarisation 2.0 era we are living in. According to BancABC staff, they are working on bringing City Hopper’s remittance service not only to their Visa card, FCA accounts but also the creation of a dedicated wallet.

All of this might mean that the barriers that exist with money coming from various sources will soon tumble.

Lastly, it looks like City Hopper might also be joining the international remittance game. In the Twitter Space, BancABC officials said that they have heard from their customers that broadening the service would bring a lot of convenience.

If/When this comes to pass, hopefully, City Hopper will remain at 3%, because if it does it could give the established players a run for their money.