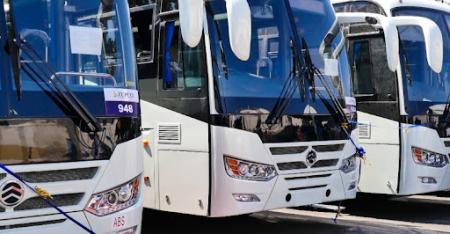 Recently the government unveiled 50 ZUPCO buses in a bid to solve the transport crisis they created when they banned kombis. It turns out the buses may have been involved in a smuggling incident according to a report in Newsday. The smuggling attempt was thwarted by ZIMRA officials who searched the buses and fined the drivers of the buses about $700 000.

I am not sure if it was planned or not, but when searched, it was found these buses had undeclared goods and were subsequently held.

The buses were released after duty and a 100% penalty was paid. The amount was about $360 000 duty and the fine was a similar amount.

What an unamed ZIMRA official had to say about the incident.

That the buses were caught in a criminal act before they had even been commissioned might be a little embarrassing to the authorities who have been trying to present the ZUPCO monopoly as an orderly alternative to the rampant, chaotic and criminal kombis who were often accused of being rowdy and harassing passengers.

It goes to show that the ZUPCO system is just as fallible. While the government says kombis would put more at risk of COVID-19 given the way they operate. The reality is that ZUPCO buses have not been better nor have they improved the situation. A lot of the contracted buses I have seen do not seem roadworthy, are often overcrowded and often violate COVID-19 regulations with no-social distancing, people boarding them not wearing masks, are not disinfected regularly and have put profit before customer’s welfare.

Even with those contractors, ZUPCO buses are not enough and most people have had to restore to “lifts”. This has become an even more perilous adventure as the government seems intent on criminalising commuting. They have wheeled out 50+-year-old trains to plug the gap while banning the importation of ex-Japs.