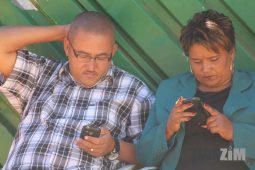 The Zimstat and POTRAZ 2020 ICT Access by households and individuals report revealed mobile data is the most widely accessible form of connectivity at 95.7% for narrowband with broadband at 93.1%.

These figures aren’t too surprising seeing as the other ways to access the internet need considerable capital investment. Getting a fibre or ADSL connection can set you back quite a lot.

Equally unsurprising, are the figures for fixed broadband and narrowband with 2.6% and 0.6% of respondents answering in the affirmative respectively.

Furthermore, Zimstat also noted that 14.2% of households nationally have a computer which is a bump from 2014 when the figure was 10.7%. As an aside, it seems that there is some correlation between the proportions of households with some sort of fixed internet and computer ownership.

Most of the respondents who answered yes in both categories were overwhelmingly in Harare and Bulawayo while some of the other provinces had very few to none.

Mobile data reigns supreme however, the price of the service has continued to go up in relation to what the majority is earning. Just this week the Postal and Telecommunications Regulatory Authority of Zimbabwe (POTRAZ) gave mobile network operators the green light to increase prices of out-of-bundle services by up to 30%.

Seeing as this was done last year around the same time, we can assume that in-bundle mobile data prices will also go up. When the announcement was made, I said that the government and the operators need to find a way to make the service more affordable.

And the figures from Zimstat highlight further the point that making mobile data more affordable is now an issue the government needs to prioritise more than NetOne’s 5G rollout.

The authorities could, for example, ease some of the taxes and obligations that MNOs have to pay to incentivise them to invest in infrastructure, increasing network capacity as well as reducing the price of packages.