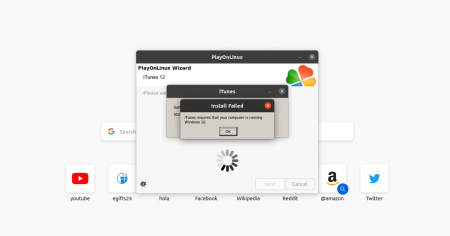 Before I begin, I need to make clear to all the Apple fanboys that this is not me trying to ruin Apple’s product launch where they unveiled the latest iterations of the Mac, iPhone and whatnot. This is me being genuinely frustrated over something that shouldn’t be so hard. I just wanted to redeem an Apple/iTunes gift card. It’s supposed to be simple but thanks to strange decisions by Apple, it turned out to be a nightmare.

It all began when I bought an iTunes Gift card so that I could pay off my Apple TV+ account. I do have a debit card linked to these accounts but I didn’t want to pay bank/card charges each time I am billed. Buying the card was easy, all I needed to do was open my banking app, tap on a few buttons and the card was delivered to my email.

I then opened my Apple account in a bid to redeem the card. I couldn’t see the redeem option anywhere. Naturally, I turned to Google, that darling friend of the ignorant. For some reason, you cannot redeem Apple gift cards using your browser. Now, why is that? Like all things Apple you need either:

The impossible task of running iTunes on Ubuntu 20.04

I had neither of these. So I decided to do what any normal Linux user would do-install iTunes on Ubuntu. This used to be a simple thing. You just needed to install Wine on your Ubuntu machine, download either the 64bit or 32bit installer from Apple and install it into an appropriate Wine bottle.

That’s where the horrors began. The program was installed successfully and just crumbled when I tried to launch it. Wine is not perfect and the program is always being constantly being updated. So I decided to use the most latest version of Wine from their site. Installing it was easy enough and in five minutes I had the latest version. That did not improve things at all.

The next option was to use Codeweavers’ Crossover compatibility layer. These guys are experts in the game when it comes to making Windows software work on Linux and Macs. They handle all the tedious configurations and tweaks that each game or software needs. That didn’t change anything. The automated script downloaded an old version of iTunes. After dodging a couple of popups and fixing an iTunes library error I discovered I could not log in.

Manually downloading the latest installer did not work either. The installer kept complaining that I was not running Windows 10. This was despite me trying to install it into a Windows 10 Crossover bottle. I was at an impasse and just decided to give up on Codeweavers and uninstalled it from my system.

There was one more tool to try- PlayOnLinux. Like Codeweavers this tool is based on Wine but unlike Codeweavers’s Crossover, this is a community-driven tool. The smartest guys in the world with too much time on their hands sit down on their computers and figure out the best Wine configurations for various Windows executables including iTunes. Unfortunately, that did not work either.

That’s how I ended up with Apple Music

Long story short that is how I ended up signing up for an Apple Music trial. I had no option but to use the Apple Music app on my Android phone to redeem the Gift Card. Maybe I was doing it wrong but it seemed like I needed to sign up for Apple Music first before I could redeem the card. Perhaps that’s the whole point and this is all a dirty trick from Apple to make you sign up for more services.