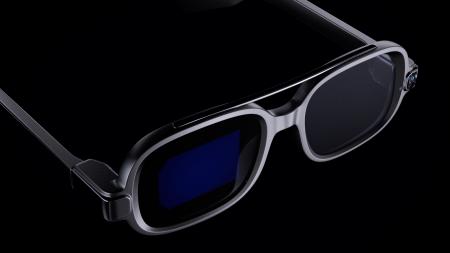 Last week Facebook unveiled its RayBan sunglasses that are retailing for US$299. Their much-touted feature is that you can literally now wear Facebook Stories on your face. Who would want that? To say I wasn’t impressed is an understatement. Now, without even giving us a moment to digest Facebook’s latest hardware adventure, Xiaomi has announced that they too will be venturing into the smart glass business.

It seems Xiaomi really wants to be the company that makes everything. The new Samsung of sorts. They already have a pretty impressive gadget lineup via their various sub-brands and subsidiaries. They seem to dominate every sector they venture into too. They are the second-largest smartphone maker in the world after Samsung and have the smartwatch mantle firmly in their hand.

It appears as though for now the glasses are simply going to be called the Xiaomi Smart Glasses. Remember Xiaomi recently decided to stop using the Mi-branding when naming their products. These glasses come with a MicroLED display chip that Xiaomi claims can be viewed even in direct sunlight. The main use of the display appears to be to act as a secondary display for your phone. So messages can be beamed to your glasses while your phone remains in your pocket.

I am a bit biased here but even without the price, I am liking the Xiaomi Glasses more than Facebook’s. A major part of that bias stems from the fact that I loathe anything that will allow Facebook to get more data about me. While Facebook’s glasses are shamelessly about promoting the continued use of just Facebook products, Xiaomi’s Glasses appear to be more general in terms of how you can use them.

That said I will not be buying either of them. I still don’t see the need for smartglasses to be honest. Then again, I don’t have a smartwatch either so maybe that’s just the Luddite in me speaking.

14 thoughts on “Xiaomi ventures into the smart glasses arena”