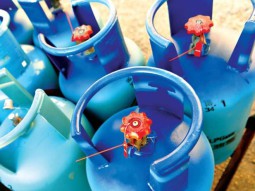 The Zimbabwe Energy Regulatory Authority (ZERA) now controls the prices of LP Gas just like they do with fuel and ZESA tariffs. ZERA is empowered to do so under Section 54 of the Petroleum Act as refined by Statutory 90 of 2021. According to the Statutory Instrument, ZERA can review the monthly prices of fuel and LP Gas on or around the 5th of each month.

The Zimbabwe Energy Regulatory Authority (ZERA) through its mandate has publicized the LPG prices for the month of August, a development to ensure that Liquefied Petroleum Gas (LPG) market price is fair on consumers as well as LPG wholesalers and retailers to create a balance in the interests of all stakeholders.

ZERA’s announcement on the issue of new LP Gas prices

According to ZERA the new “fair prices” are as follows:

NB. This being the government expect you to use the official rate when doing your conversations. One thing I have noticed is that no one is doing this not even well-known service stations. Also, retailers are allowed to sell their gas at prices below this. Zuva for example is selling at US$1.70 per KG.

Gas an important alternative to ZESA

A lot of urban households use LP gas for cooking. Some do this because they feel it’s cheaper compared to having to pay ZESA’s steeped tariff system which is anti-poor while some do it because ZESA is unreliable and has a tendency to cut power during peak hours when people do most of their cooking.

Thus far a lot of retailers especially the informal unlicensed once have been charging their own prices. Most exceeded the ZERA prices in August and did not comply with the implied order to use the official USD: ZWL rate that ZERA uses. It’s unlikely this will change because like with all such commanded prices-the government leaves itself with so much to do when it comes to enforcement.

7 thoughts on “ZERA now controls the price of LP Gas, here are the current prices”