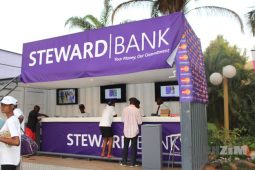 Steward Bank recently released its financial statements for the year ended 28 February 2021. Pouring through the abridged version of the audited accounts raised a few questions. At first glance it appears that Steward Bank might be in trouble.

The first strike was that the audit opinion was qualified. Those that have a background in accounting know that that’s not a good sign and we shall discuss what that’s all about. Then the contents of the auditor’s statement itself were even more frightening at first looksies.

As has been our focus lately, we will try to break down the highlights in plain English. Too many times, technical jargon renders publications useless for the masses. We were just discussing how more and more people without accounting/investing experience have flocked to invest in the stock exchanges. We will do our part to make sure that they at least get some insight into the listed companies.

Steward Bank is a subsidiary of Cassava Smartech (CSZL.zw) which is listed on the Zimbabwe Stock Exchange. The relationship between the bank and Econet is that today, Econet Global (30.26%) and Econet Wireless (20%) are the top 2 shareholders in its parent, Cassava.

With that out of the way. Let us jump into the part in the financial statements which had us worried.

This is a serious issue. To make sure we got the full picture, we reached out to the bank and they helped clarify a few issues. We had been concerned about the following, which was in the Auditor’s statement:

Some might not understand the implications of that statement. Here’s the definition of that concept from Investopedia:

So when the auditors say “material uncertainty related to going concern,” they are questioning whether Steward Bank is financially stable enough to continue in business. As you can imagine, that is no laughing matter.

As we could not peruse the audit report ourselves, we asked the bank what made the auditors question its going concern status. A Steward Bank spokesperson replied:

To note also is that the bank did meet its capital requirement as at 21 February 2021, the financial year end for the bank. However, we need to unpack that information.

There are minimum capital thresholds that all banks have to meet. These thresholds are set by the Reserve Bank of Zimbabwe (RBZ). The capital requirement for the year ended 28 February 2021 was US$20 million, which the bank met.

Back in January 2020 the RBZ announced that the threshold was being raised to US$30 million. All banks had to meet that target by 31 December 2020 and then the pandemic happened and banks could not meet the deadline. The RBZ then extended the deadline to 31 December 2021, which is fast approaching.

So, Steward Bank and the other commercial banks have to raise US$10 million before the end of the year. That’s not pocket change. When all things are going well, meeting this capital requirement should happen in the ordinary course of business. That is not the case with Steward Bank.

The bank will not meet that requirement without a fresh capital injection. Luckily, its shareholder, Cassava has committed to provide the necessary funds by 31 December 2021. So, why were the auditors not appeased?

Although the bank is confident that the deadline will be met, there remains the possibility that even with the commitment of Cassava, that might not happen. From the abridged statements:

The Bank and its shareholders have communicated to the Reserve Bank of Zimbabwe in relation to the capitalisation plan and the possibility of not meeting the deadline* of 31 December 2021 and the discussions have not been concluded.

Steward Bank believes they will get a favourable response in the end. The auditor is a bit more cautious, but appears to believe the same. As a result this issue is not the reason the auditor qualified his opinion.

The significance of this is that the auditor is saying that the presented financial statements present a true and fair view of the bank except for some issues. The issues in this case have to do with:

These are the certain technical accounting matters Cassava talked about last week. We have covered how similar issues are plaguing other ZSE listed companies. It appears accountants and auditors are at loggerheads across the board as they were at Simbisa. Which is testament to the difficult operating environment in Zimbabwe.

What this means is that the auditor did not place too much emphasis on the going concern status issue. However the auditor felt it was an issue that stakeholders needed to know about, hence they highlighted it as a key audit matter.

Steward Bank is the largest in the country by customer base. That bodes well in Zimbabwe where banks have a model which stresses non-interest income. The logic is that the more customers a bank has, the more charges that can be levied. After all, most of the accounts pay a monthly account maintenance fee which can be collected regardless of low usage for all active accounts.

For some banks, the monthly maintenance fee is not enough to actually maintain the account. The hope is that more revenue can be generated from the user as they use their account. That’s where the question arises, how active are Steward Bank’s almost 2 million customers? Maintaining the accounts of users who purchase only ZWL$50 worth of airtime every six months would not be worthwhile.

Those 2 million accounts mean more work for the engineers maintaining them. No doubt contributing to the increased operating expenditure. That extra work contributed to the bank not having smooth system upgrades in 2020. Those upgrades were chiefly to blame for the decline in net operating income. Yet, users experienced intermittent service for months on end and this unfortunately gave the bank a terrible reputation.

It is all confusing because you have probably seen headlines announcing Steward Bank’s increased profits. If you look at the figures that were not adjusted for inflation (historical cost) it shows a healthy position. That’s where the 524% increase in profit before tax is found. So naturally, the bank highlights the historical cost figures.

If you are going to go with the historical cost figures do note that the auditor did not look at them. And also, consider how accurate the picture those figures paint is. We are in a hyperinflationary economy and so non-inflation adjusted figures have a reduced utility.

Personally, I’m not amused by the bank leaning heavily into these non-inflation adjusted figures. To be blunt, it feels like some shenaniganery. Their accountants are aware of what International Accounting Standard 29 (IAS 29) recommends.

Not only did they publish the historical cost information, all their highlights from the statements use these misleading figures. Think about it, these unaudited  figures which IAS 29 discourages from even publishing take center stage in the abridged financial statements. It’s not right.

While these issues paint a rather gloomy picture. One should remember that 2020 was a particularly difficult year. The effects of the pandemic should not be underestimated. In record time the bank had to figure out remote working and revamp mobile and online banking all while satisfying their almost 2 million customers.

Hopefully the following year will be better. It has to be.