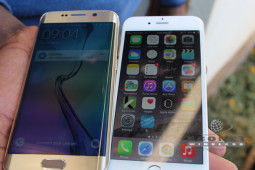 The iPhone is a wildly popular smartphone. The iPhone has been the best selling flagship smartphone for years and is Apple’s chief revenue generating product. However, most of that success comes from their home country and a few other key markets. Here in Africa, they have not been nearly as successful. However, it seems Zimbabweans are warming up to it as we shall see.

The main reason for the low success is the lack of a true budget option in the iPhone line. Consider the latest, the iPhone 13 models, the cheapest option (the mini) launched at $700. That’s not a budget option by any stretch.

When you consider that the iPhone 13 mini has a 5.4 inch display, it’s appeal vanishes. It’s not just Zimbabweans and Africans, the world over, people prefer phones with bigger screens. The iPhone mini line has not been selling well, accounting for only about 5% of iPhone sales. Earlier this year Apple had to reduce iPhone 12 mini production by 70% in response to low demand.

So, for most people who want a cheaper iPhone, the wise thing to do is purchase previous years’ models. This makes sense as one can get a bigger screen, bigger battery iPhone for less than the mini would cost. This decision is helped by Apple’s stellar software support of its phones.  The iPhone 6s which came out in 2015 is rocking the latest iOS 15 released in 2021.

On the flip side, iPhones retain value far better than their Android counterparts. So, going for a 2 year old iPhone may not mean significant savings. Consider the 6 year old iPhone 6s Plus versus the months old Galaxy A02s and 3 year old S9.

I’d argue that those metrics are the ones the average Zimbabwean would look at. Or that the Galaxy A02s has three as opposed to the one rear camera on the iPhone and S9. Never mind that the S9 and iPhone would probably take better pictures than the budget Galaxy. Or that the iPhone’s battery life is not as terrible as the spec would suggest. The specs in the table would lead most to pick either the Galaxy A02s or S9.

Android is ubiquitous and almost everyone is familiar with it now. Our mothers can navigate through the OS with ease. I witnessed my mother fiddle with an iPhone once, it was entertainment for me and frustration for her. She couldn’t do some simple tasks on iOS that she can do in her sleep on Android. Is Android more user friendly? I’d argue yes despite the oft expressed opinion that iOS is better in that regard.

However, it’s all moot because most Zimbabweans are familiar with Android. They love their Galaxies and Itels because they know how to use them. Android faces the same problem in the U.S, where iOS has the edge. All this despite the fact the two OSes are more similar today than they have ever been.

Despite all the above, the iPhone has its fans and it appears the gang is growing. According to GS Stat Counter’s research, iOS market share in Zimbabwe has been growing for the past 5 years. Back in 2016, iOS market share was about 2% and now in November 2021 that share has risen to just over 10%. In that same period, Android has also grown, going from 75% to just over 85%,

How can they both gain significant market share when they are the two most popular OSes? Well, in 2016 iOS trailed Windows, Nokia’s Series 40 and other OSes which have since disappeared off the face of the earth. Android and iOS shared the spoils from the carcasses with Android taking 10% and iOS, 8%.

That being said, it’s important to note that this data comes from analysing traffic to over 2 million websites. This means if a phone has a data bundle and visits a website, chances are that visit will be logged, taking note of the OS running on the phone. However, if the phone only gets a WhatsApp bundle, it won’t register in the data we are looking at.

I’d argue that almost all the iPhones in Zimbabwe are being used to access more than just WhatsApp. Whilst there are a number of Android phones that never access the world wide web at large. This means Android probably has a few more percentage points not captured here.

Those offline Androids are irrelevant though for local developers deciding on whether to release an iOS app along with an Android one. It appears for users that will potentially use the app, 10% have iPhones. I think iOS can no longer be ignored in Zimbabwe.

We do not have information on which phone models are the most popular. However, judging by what we see on the streets, most are the older iPhones. You’ll see many teenagers rocking the big chin, big forehead iPhone 6, 7 and 8. They keep these phones updated though. Over 2/3 of them are running last year’s iOS 14 or newer. As opposed to Android where only 7.34% are running last year’s Android 11 or newer.

Have you seen these iPhones too? The fascinating thing about the iPhone is that it’s a bit of a status symbol among the young and the immature. This is not unique to Zimbabwe, even in the US, the term ‘broke boy’ is used to refer to Android users. There are people whose identities are linked to the phone they use. It’s all rather silly but it is what it is.

The fascinating bit being that those who use the ‘broke boy’ phrase are often the ones using $50, 8 year old iPhones. Calling the $1800 Z Fold 3 user a broke boy in what is the peak of teenage silliness. Flagship phones from both sides cost the same and are too expensive for the majority.

The question on my mind is whether the many people I see using Android flagships like the S21 even consider the iPhone. After all, the cost would be the same. If not, is it because of familiarity with Android or ecosystem lock in? Of course, we can’t ignore the fact that in Zimbabwe at least, the Galaxies have their own status symbol credentials.

I ask this because like I said, Android and iOS are more similar than ever. For my next phone I’m going to seriously consider the iPhone. I especially love how they retain value over the years better than the competition. It appears they can be fun too these days, something they were not just a few years ago.