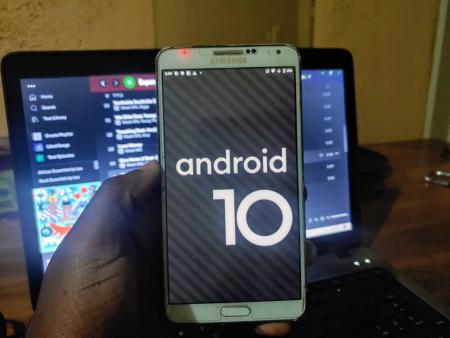 Zimbabwe, like all of Africa, is Android country. Just over 85% of the mobile devices in the country run Google’s Android operating system. That is no surprise, Android is great. It is also helped by the fact that there are many options, at every single price point. Whatever your budget, there is an Android phone for you. You’ve got $30? No problem. Want to spend $1800 on a foldable? Android’s got you.

The problem with this is that you cannot expect much in terms of after sales support for most of the budget options. It’s unreasonable to expect a manufacturer to provide a major software update for a $30 phone. The situation is not much better even at the $200 range. To be honest, even at the flagship level, Android lags way behind iOS by a huge margin when it comes to software updates.

Google used to release information on the most popular versions quarterly but stopped in 2018. They recently surprised us and released that information and here is how it’s looking:

Android 12 is nowhere to be found as yet. When this data was released it was only a month after release and it appears that this data was collected just a week after Android 12’s release. However, even if we grant that and consider 11 as the latest, it remains that it’s on only 24.2% of devices. That’s not enough to unseat 10, which remains the most popular by a small margin.

Look at Jelly Bean, still holding on. I love that.

The way Google collected the data above would not produce the most accurate results for Zimbabwean users. I imagine it’s the same for most of Africa too. They look at the number of devices that accessed the Play Store during a 7 day period. A good number of Zimbabweans do not visit the Play Store, like ever. Their smartphones only ever get a WhatsApp bundle and so there will be no Play Store access even in the background.

Now if WhatsApp were to tell us the distribution of Android versions accessing their servers, that would be close to what’s on the ground in Zimbabwe.

So, to see what’s going on in Zimbabwe in November 2021, we look at the data collected by GS Stat Counter.

Not too bad I must say. Over two thirds running Oreo and later versions is acceptable I would say. Local developers must be encouraged by such revelations.

GS Stat Counter analyses the traffic to over 2 million websites it tracks to produce this data. Of course, for phones stuck on WhatsApp only there is not much that can be done.

In my case, at the moment I’m stuck on Android 10 which was released in 2019, darn you LG for abandoning us. However, the latest security patch on my phone was released on 1 June 2021. That’s not perfect but at least in terms of security I’m not too far behind.

I wonder which Android versions ya’ll are running. Hopefully not Jelly Bean.

24 thoughts on “Android 10 still most popular (in Zim too,) even as Android 12 is rolling out”