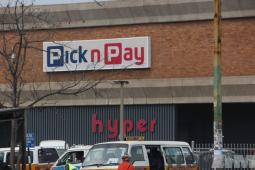 TM Pick n Pay is giving a 50% discount for goods bought in its store in USD. I first noticed this when I was at Pick n Pay Westgate and saw the 50% discount sign on the exchange rate noticeboard. I asked the till operator and was told that I would get half off if I was paying in United States Dollars.

Now, this is one of the more adventurous ways in which a company has gone about looking for hard currency. Zimbabweans generally don’t want to give up their hard-earned USD and this is an enticing offer because essentially it’s cheaper than going to a money changer in both the conversion rate, resources spent in fuel or bus fare, bank charges when making purchasing in the store and most importantly time.

This means that if you are still giving away money to a money changer at whatever rate they’re charging these days, you are doing yourself a disservice. It is much simpler and cheaper to just go and hand over that money at the till. What Pick n Pay is doing is essentially what SI 127 of 2021 failed to do, to get people to transact with USD away from the parallel market.

So why is TM Pick n Pay willing to lose half to get your USD?

To be honest, I don’t know for certain. However, what I can say is that he/she who controls hard currency has leverage. For a company like TM Pick n Pay, it can get resources like fuel and cross border purchases for stock they can’t get locally much easier. The problem that I can’t reconcile is why they would be willing to shed 50% of what they would make in order to get mattress bankers to pay in USD.

What I mean is that there is surely a point they will start to incur losses unless if they have been ridiculously marking up prices and everything is rosy even with the 50% discount. There is, of course, speculation but it’s hard not to speculate because it looks to me that Pick n Pay might be building forex reserves. But what the reserves could be for is hard to pin down.

One of the provisions of Statutory Instrument 127 of 2021, be it the original form or amended for after outrage, was that companies trading on the Reserve Bank of Zimbabwe’s Forex Auction should not offer a discount to entice their customer to pay for goods and services in USD or any other foreign currency.

“A natural or legal person shall be guilty of a civil infringement if he or she sells, displays or offers goods or services for sale at an exchange rate above the ruling exchange rate, or imposes (for the predominant purpose of encouraging payment in a foreign currency) a premium on Zimbabwe dollar payments or allows a discount on foreign currency payments”

This rule, as previously alluded to was later set to apply for companies that traded on the Forex Auction not the rest of Zimbabwean businesses who don’t have access to the system or want to wait in the central bank’s backlog queue for USD.

“The Bank’s efforts to foster compliance in terms of SI 127 shall be limited to outliers that wantonly abuse the foreign exchange auction system, exchange rate manipulation and noncompliance with anti-money laundering rules and regulations. The Bank’s focus on these key areas, coupled with business’s reality check, self-discipline, self-monitoring and peer-review, will sustain inflation and exchange rate stability that are necessary for the economy to continue to rebound.”

On to this point, it appears that TM Pick n Pay nor its holding company Meikels Limited are listed on the list of beneficiaries for the forex auction. This means that for all intents and purposes there is nothing wrong going on here…

ZIMRA is already collecting taxes for anything USD related, so this is a win for the govt as much as it is for the shopper. Moreover, TM Pick n Pay is issuing receipts for these purchases in USD… What remains to be seen now is how long Pick n Pay can continue to hold this discount up before it starts to hit their books hard…

29 thoughts on “Pick n Pay’s 50% discount for USD: killing the black market without an SI”